When a collector imagines a pair of crampons for Neymar!

While Neymar wears a pair of signature Puma Kings, a collector envisioned what a custom pair might look like.

Since signing at Puma, Neymar Jr wears the King Platinium. Slightly customized by Silni at first and with the idea of ​​sticking to the legendary King worn by Maradona, Pelé, Eusebio and the other big names of Puma Football, the pair was then imagined in another version a few weeks later since it is the signature logo of the PSG player who appeared on the legendary band of the German brand. Today, it is a new signature pair that is unveiled, but a pair simply designed by a collector and who wanted to give birth to what he imagined to be the ideal pair for the Brazilian. 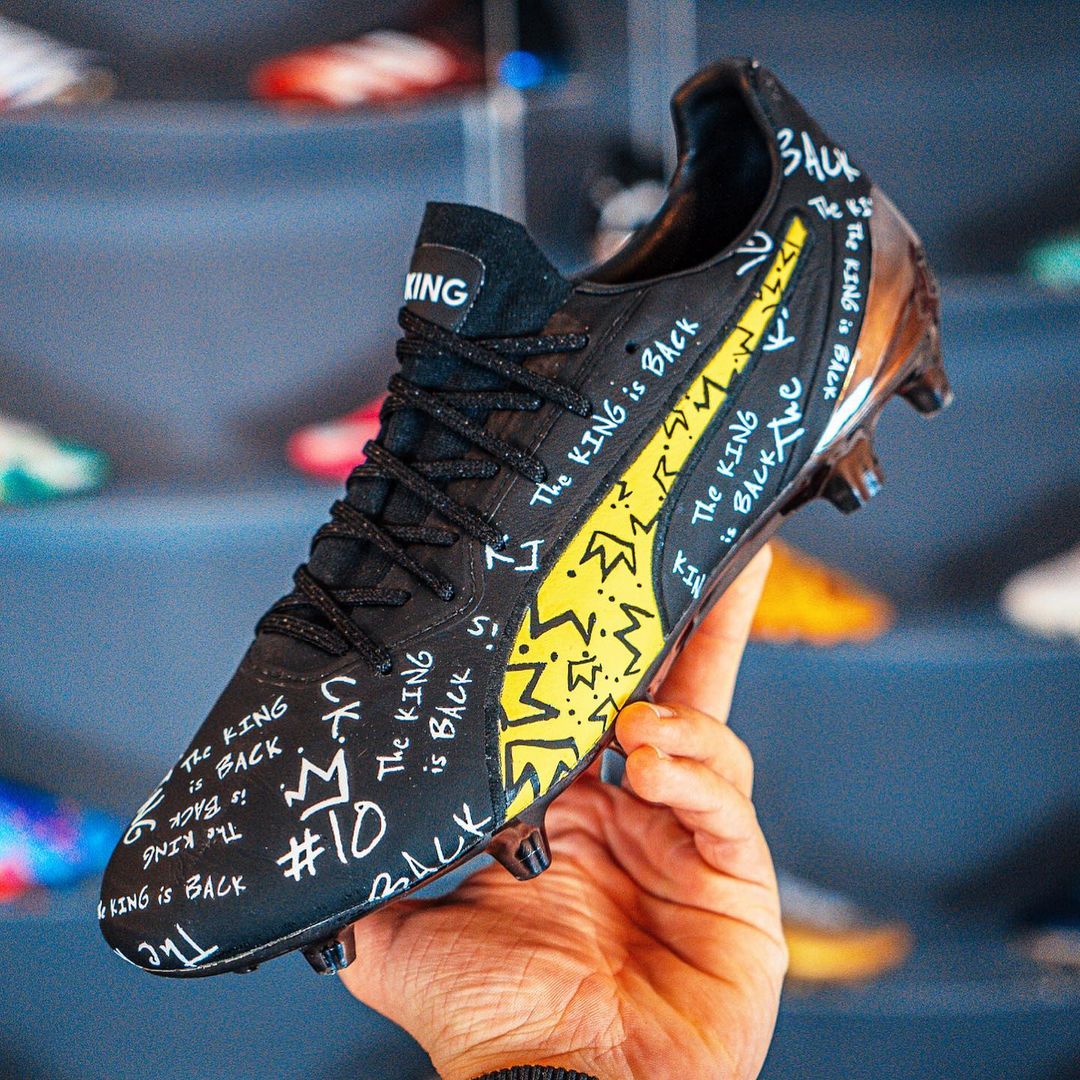 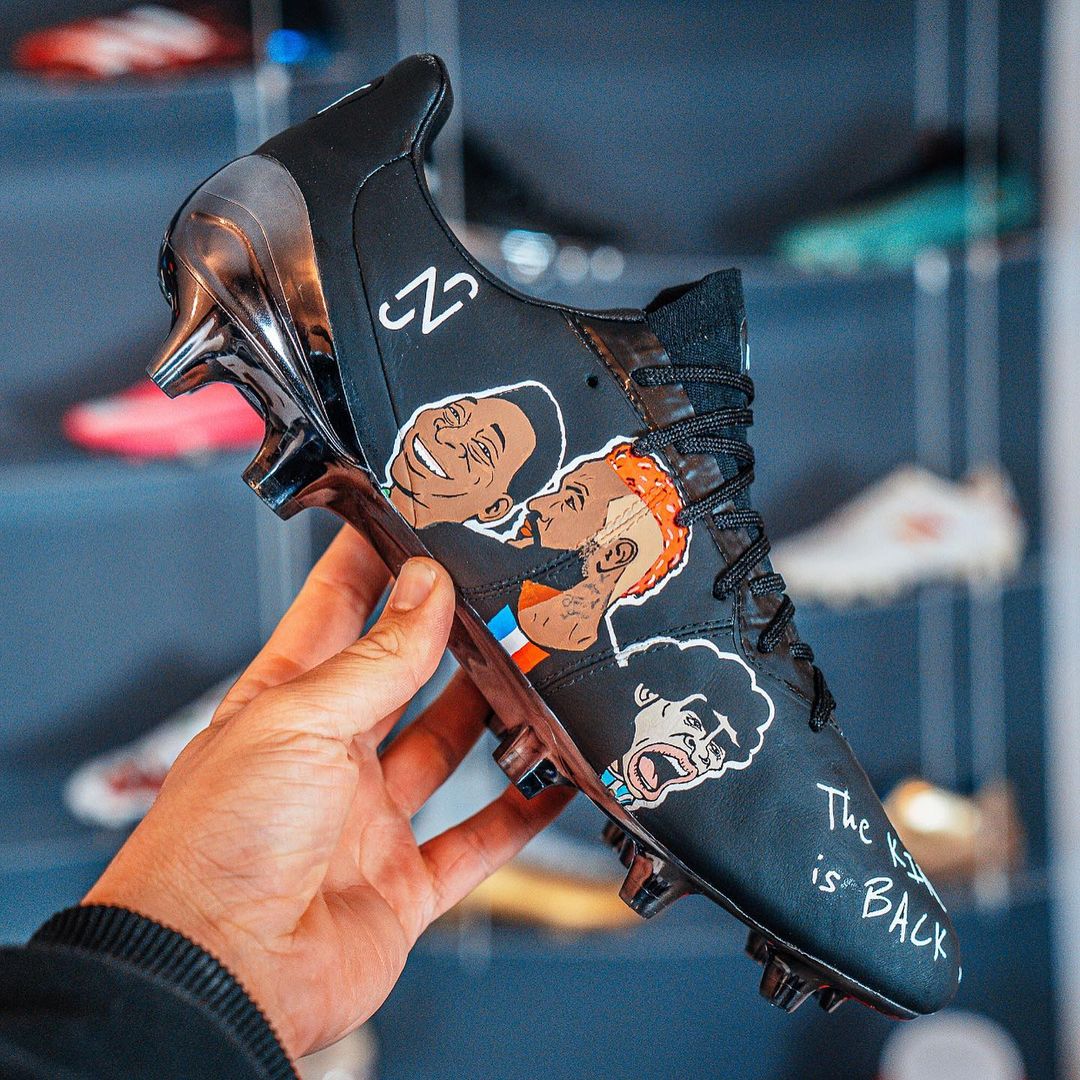 If Neymar will never play with this pair, it is indeed by imagining what would look best like a signature shoes that David Rau created this version. After having imagined the smallest details, the YouTuber entrusted the heavy mission to a specialist in custom shoes, Geeky Blinders. A few days later, a pair or rather a unique left foot in the world was unveiled. Based on the latest version of the King Platinium, the pair is distinguished by a yellow band which obviously refers to Brazil and is distinguished by the presence of numerous inscriptions “The King is back” and crowns which surmount the number 10. For Tying the legacy of this pair even more to the legendary players who have embodied the King silo of Puma, we find on the faces of Pelé and Maradona on the inside of the pair. From the simple desire to create a unique pair to imagining it down to the smallest detail, the passion for crampons has no limits and customization is undoubtedly the future of football boots. As Neymar is currently testing a new Puma prototype, we’d be curious to know if the German brand has reserved a signature pair for him for the weeks and months to come.

This post contains affiliate links. “As an Amazon Associate I earn from qualifying purchases.”Nike Football has released the Phantom Vision V2 model. We had the opportunity to test this new football boot, which was released a few months before EURO 2020. So what are the changes to the Phantom Vision silo worth? Discover without further delay my opinion on the pair and its Ghost Lace lacing system and Quadfit technology. The PhantomVSN silo is carried by ambassadors Verratti, Casemiro, De Bruyne, and Mahrez. Nike Phantom Vision Elite 2 shoe review Before […]