The ranking of Puma Future released in 2020

The Future of Puma has seen many changes and colors in 2020. We look back at the different pairs for a ranking of the most beautiful outings.

Since 2017, the Future silo shines in the Puma Football crampon range. Incarnated by Antoine Griezmann, Marco Reus, Luis Suarez or Dimitri Payet before the release of the Ultra in August, the model has inevitably lost visibility since Antoine Griezmann switched to the brand’s speed silo. But in recent days, the situation seems to have changed since it is Neymar, the new ambassador of Puma Football, who has become the face of a new model, the Future Z and its teaser edition.

If the brand has not yet communicated on the future of this model and if it will eventually replace the Future silo that we know or if it will be a simple signature pair of Neymar, it is time to come back to all the colors unveiled by Puma around its Future range.

Like our ranking of the adidas Predator, we decided to put the Eclipse pack in the fourteenth and last place. A choice quite simply due to the sobriety of the model which is certainly highly sought after by amateur players but which is necessarily overtaken by the other colors. 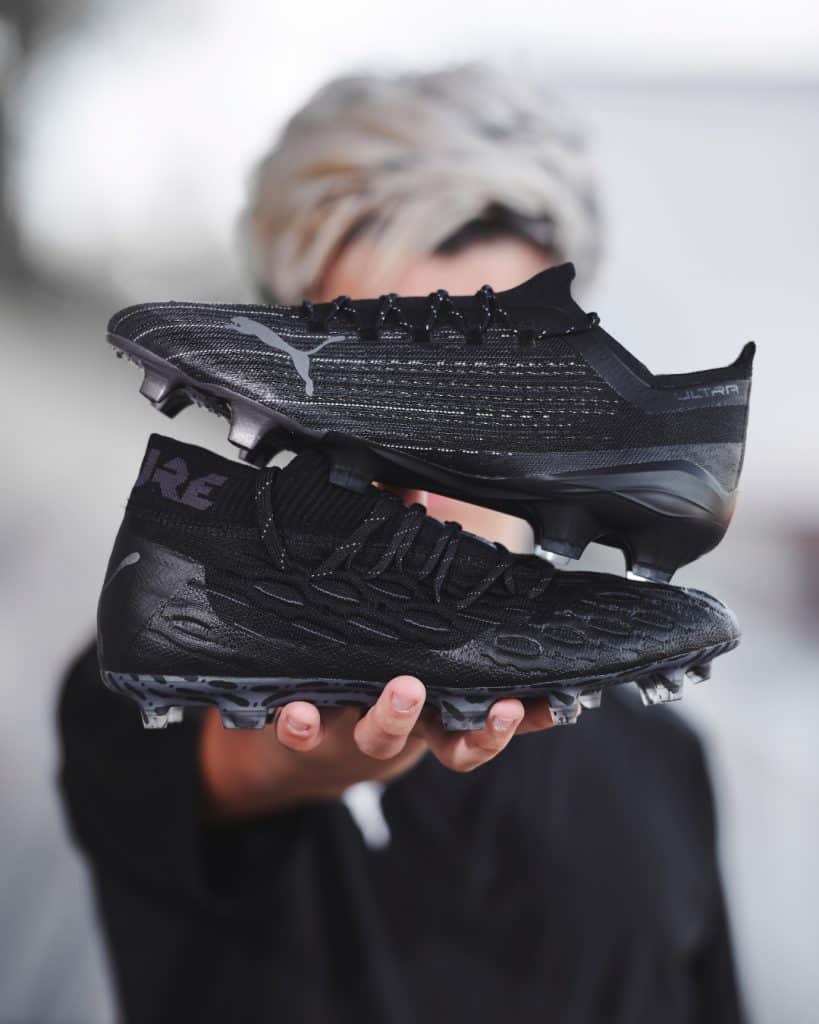 The year 2020 will have been that of the return of the City Packs to Puma. By partnering with different entities and going to the four corners of the world, the German brand has made its Future one of its main showcases. Designed in collaboration with the Nikkys Sport boutique, the Future 5.1 “Los Angeles” was inspired by the Harvard Heights district and the football club whose line of conduct is based on a discourse between sport, art and community.

In twelfth place in the ranking, we find the special edition imagined for Halloween. With its purple color and its many green eyes that can be found everywhere, the pair necessarily divides. There are those who will love this captivating aesthetic to say the least and those who will not see the point of such a pair. 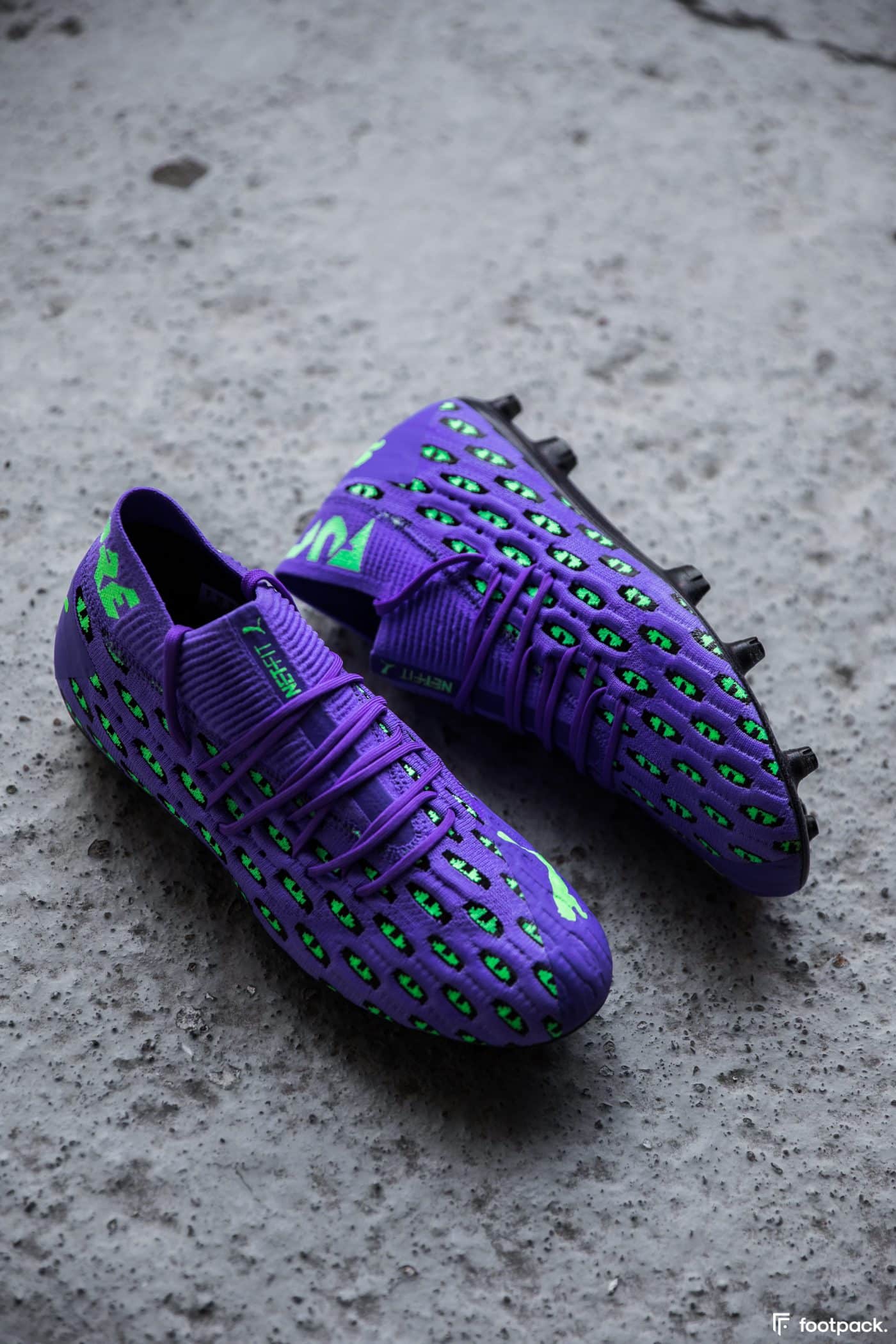 New model and another City Pack. After Los Angeles, direction Tokyo. Inspired by the Shibuya Crossing, which is one of the most famous in the world since it is borrowed by more than two million people every day, the Future 5.1 in this pack features a tasty mix of black, red and blue and many exciting details. 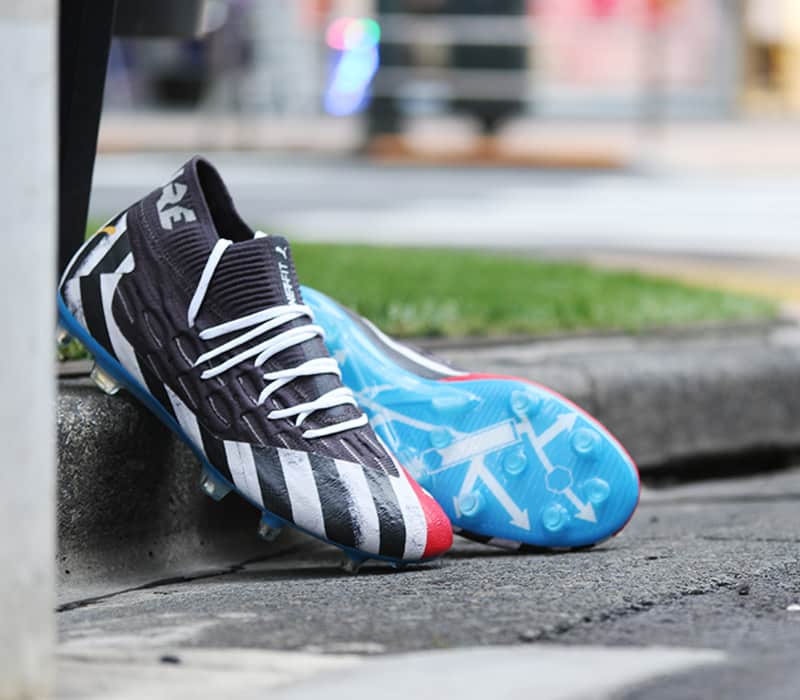 Head to the Top 10 with the Chasing Adrenaline pack pair, the latest update for Future 6.1. On its black base, the pair stands out with the appearance of orange on the sole but also on the Netfit technology.

Just in front of the pair of the Chasing Adrenaline pack, a pair imagined as part of the contract with Manchester City is revealed. Here again, we find a black base but this time accompanied by the sky blue of the Man City club. 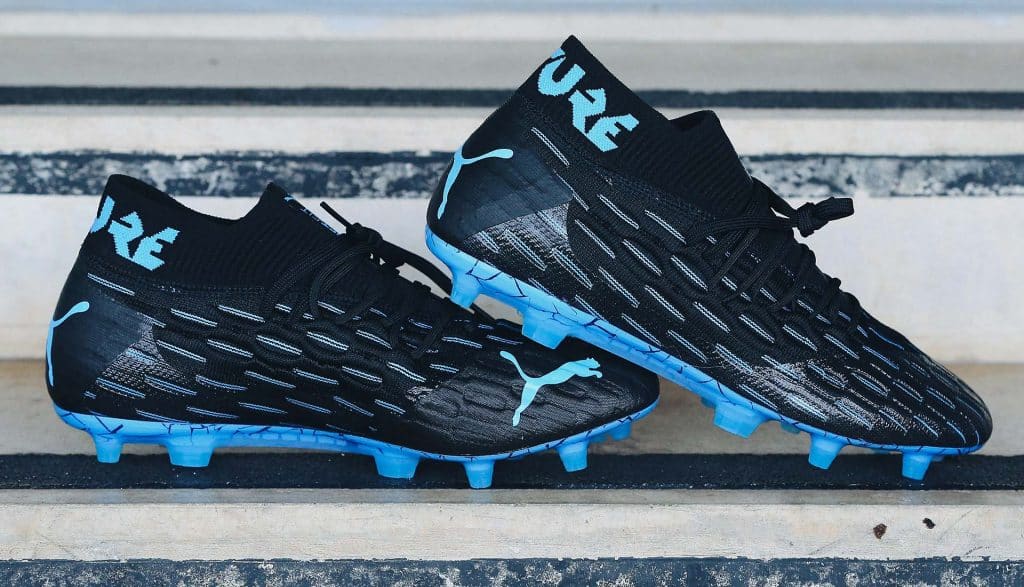 Worn by James Maddisson and Allan Saint-Maximim, the Future designed with the BALR brand is already the second version of this unique collaboration. Again, it is a black base that is used but this time embellished with a silver touch. We are stepping up in the use of black on the crampons with this model. 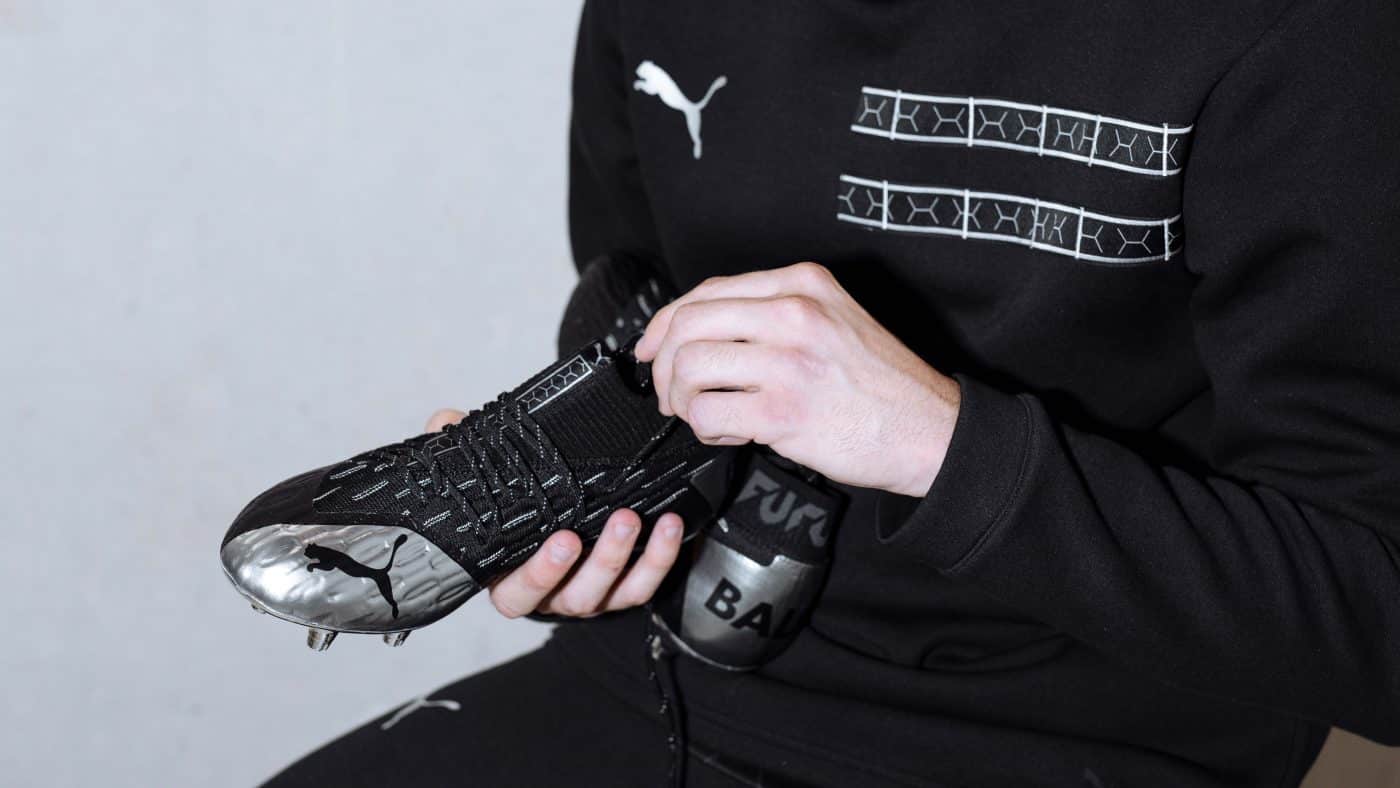 From black to pink, there is only one step at Puma. At the beginning of autumn, the German brand surprises everyone with the release of the Turbo pack. If the Ultra is only worn by Antoine Griezmann, the Future 6.1 pink will only be used by Luis Suarez for almost a month. 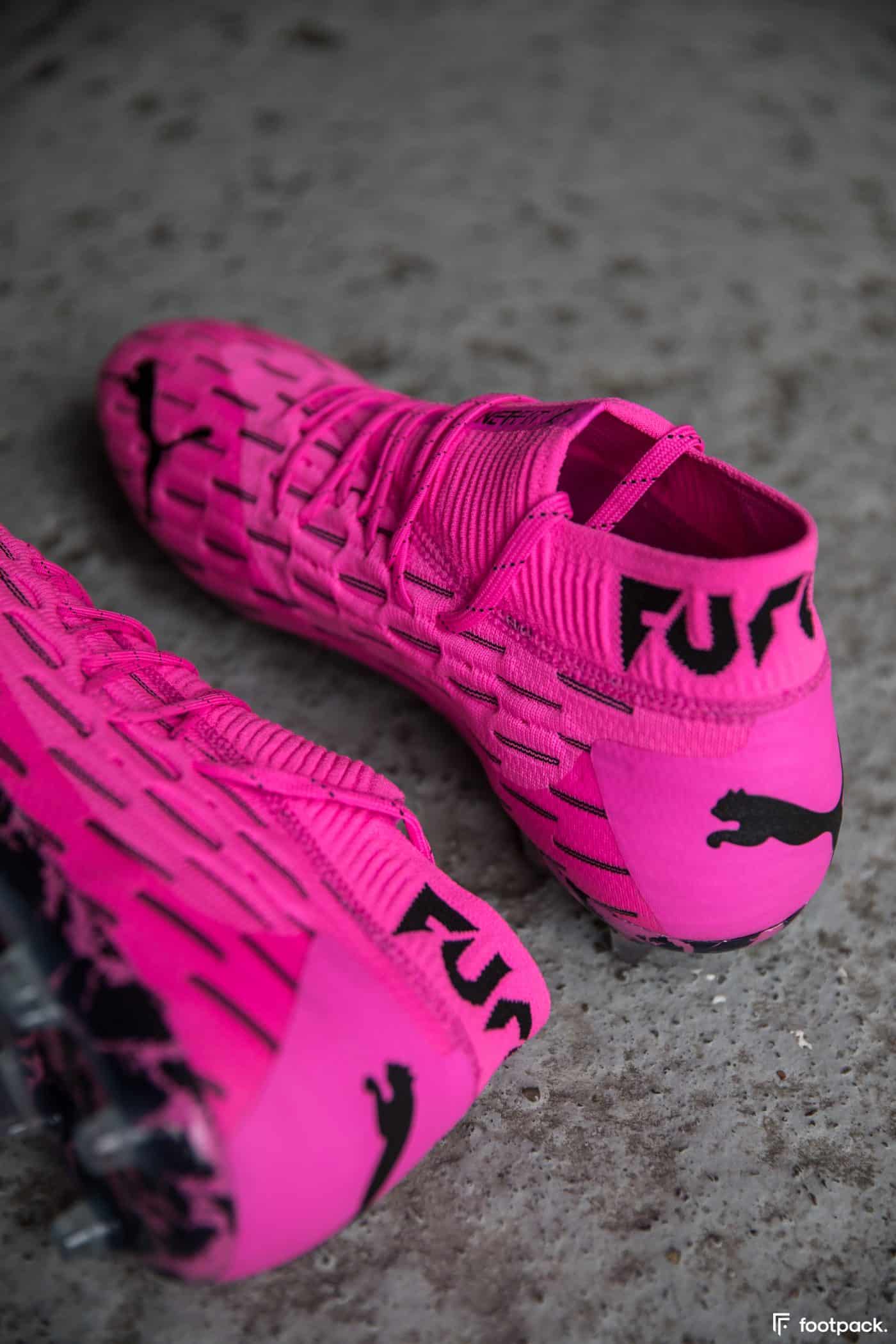 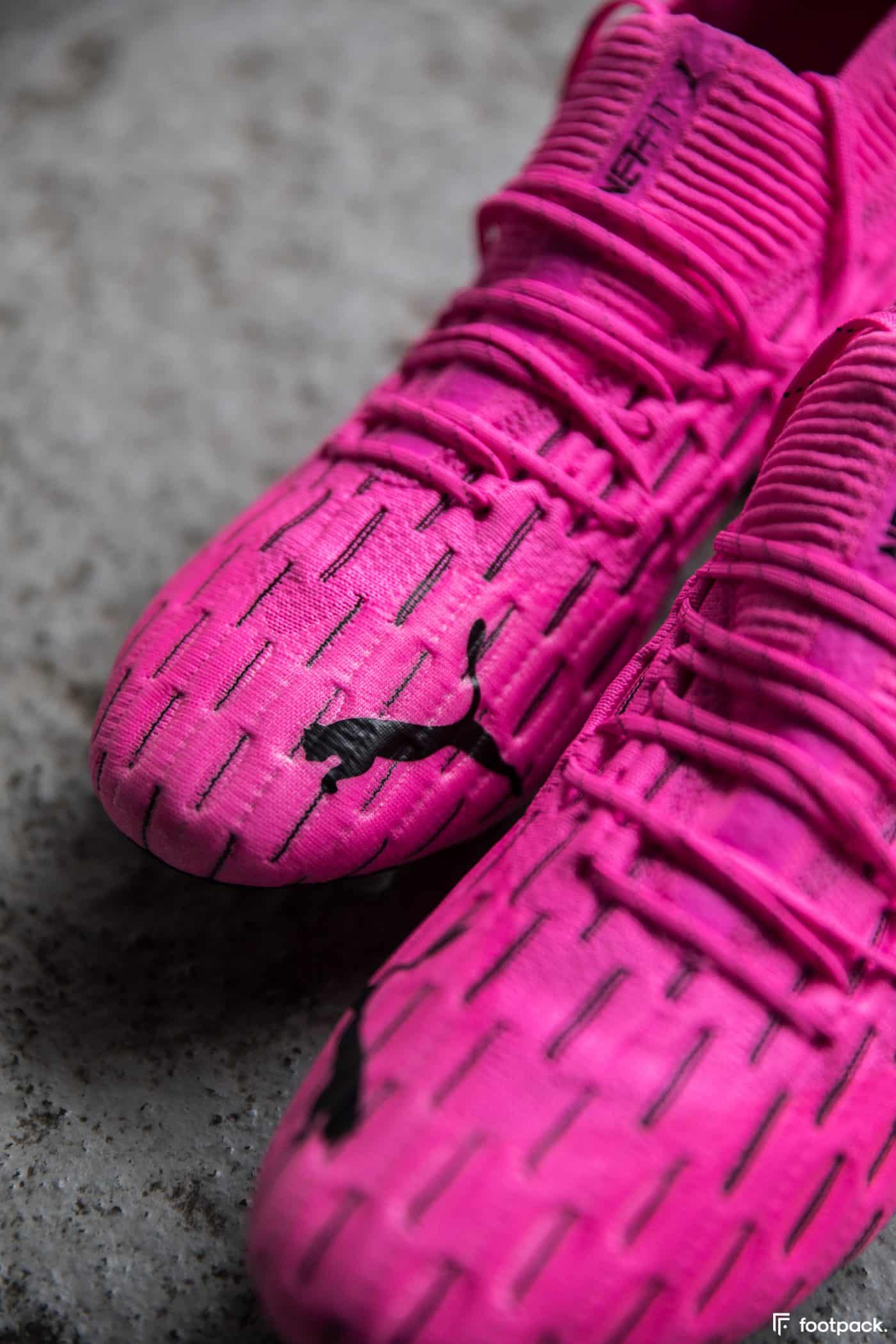 Third City Pack ranking, the pair imagined to represent New York is ranked 6th in the ranking. Through this model designed by the magazine Eight by Eight, the pair celebrates the concept “A New York minute” and wants to tell the real vision of what New York is, far from the idyllic setting that we might believe. 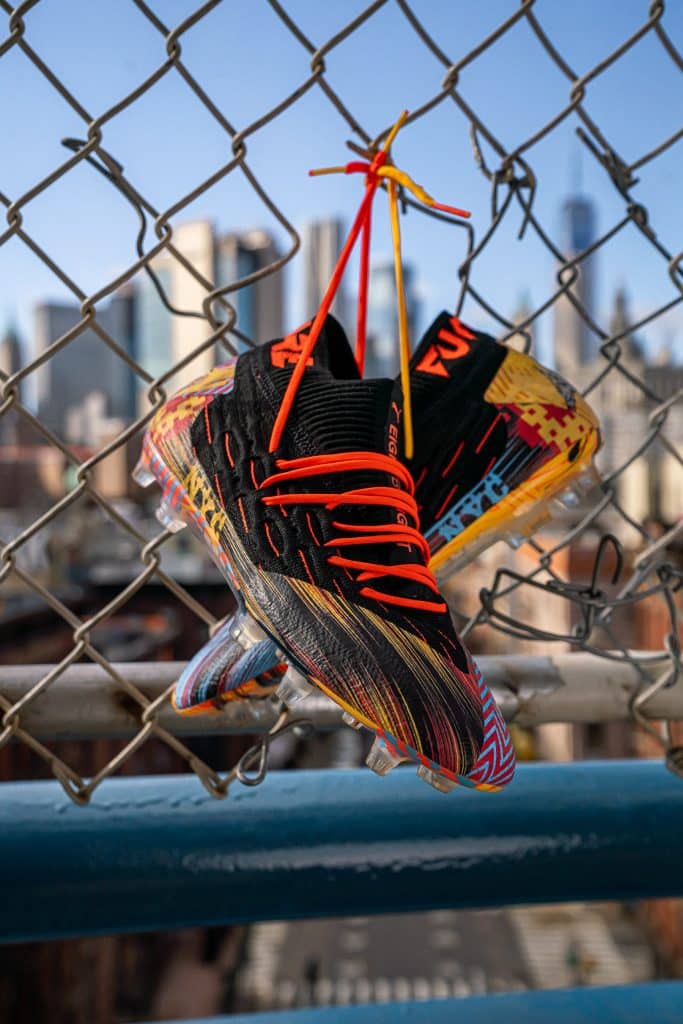 First pack of the year, Spark won us over with its mix of yellow and black. In addition to the One, which had benefited from a superb combination, the Future also stood out with this rare association on football boots, even though it works perfectly. 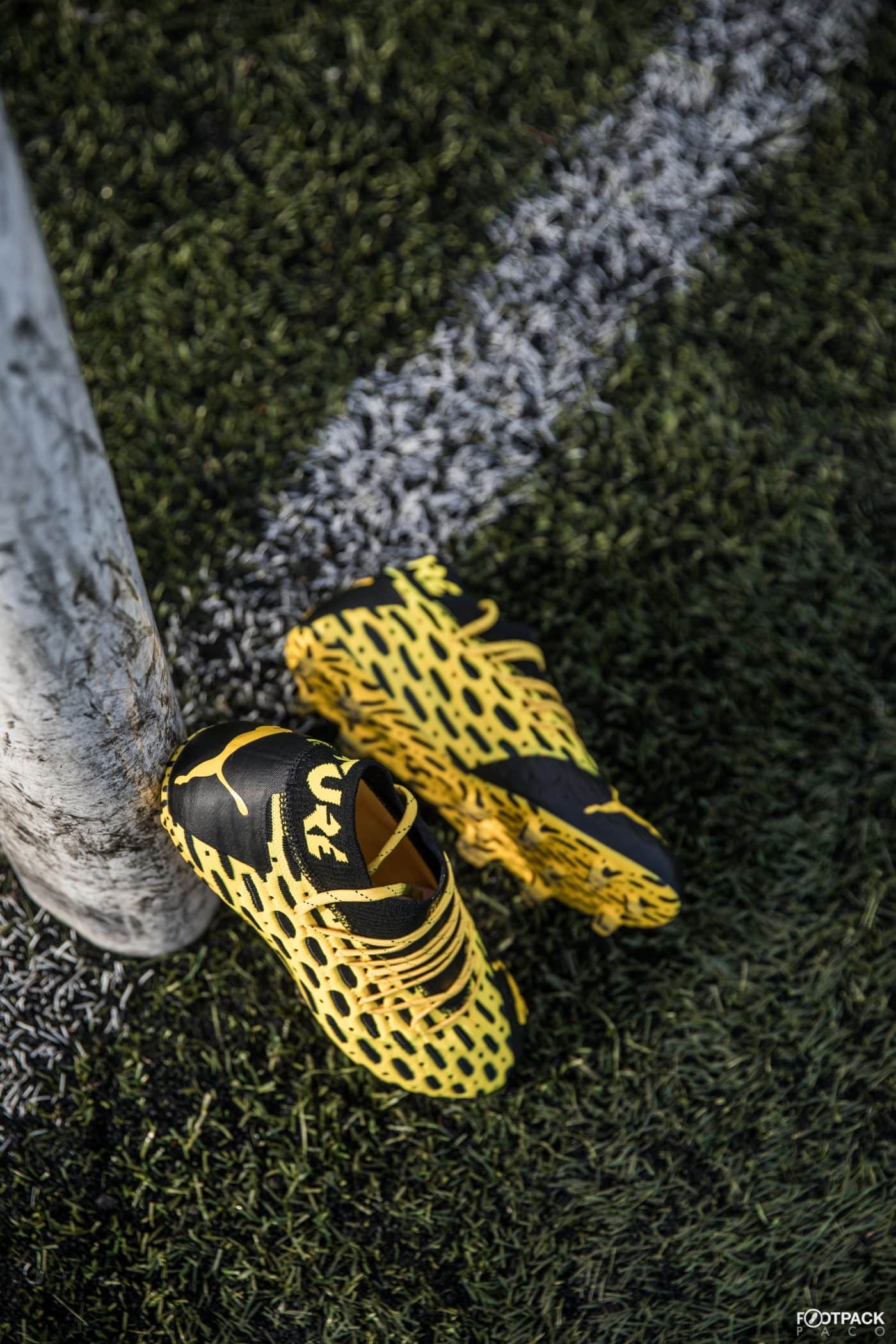 2020 will have been the year of the City Packs for Puma and the model which concerns Paris will have been one of the nice surprises of the year. If the black is still present, it is particularly sublimated by the presence of gold on the lower part of the pair and on the outer sole. A sole that also incorporates the inscription Paris while the upper is quite simply inspired by the cartography of the French capital. This pair was notably worn by Allan Saint-Maximin. 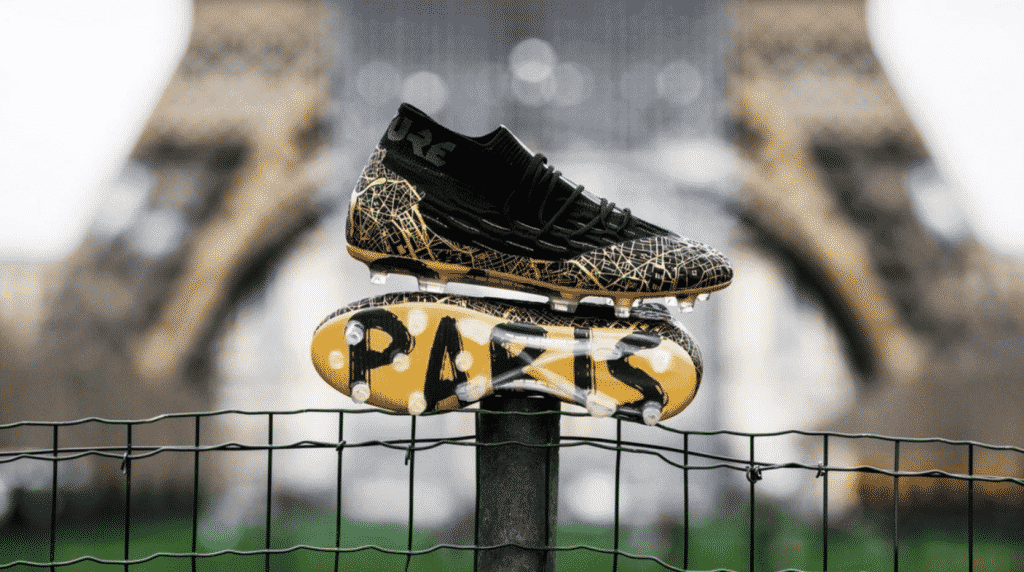 Since 1998 and the crampons of Rigobert Song, the two-tone shoes are one of the specialties of Puma Football. Unveiled in June 2020 and probably intended to be the Euro pack which finally shifted to next summer, Rise is part of the continuity of the last Tricks packs with its shoes cut in two colors, a yellow part and an orange part. A mixture that will not please everyone of course but which has particularly marked us this year.

Fifth and last City Pack in this ranking, the Future 5.1 inspired by the city of Manchester wants to be the most beautiful City Pack of the year and the second best pair of Puma Future in our eyes. If the color mix is ​​obviously reminiscent of that of the City Pack de Paris, the pair is necessarily distinguished by the presence of a bee on the heel. A simple logo but which gives real added value to the model. 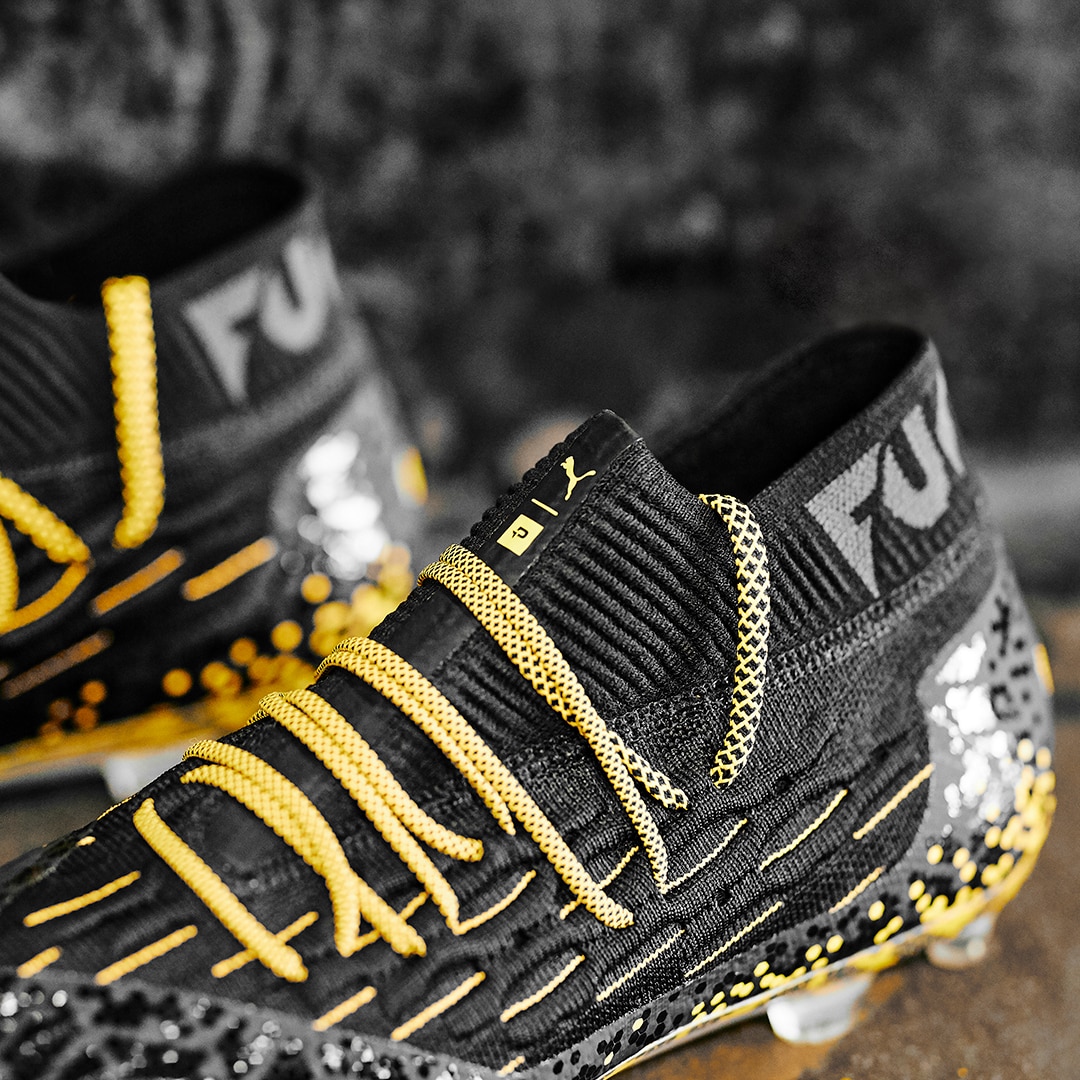 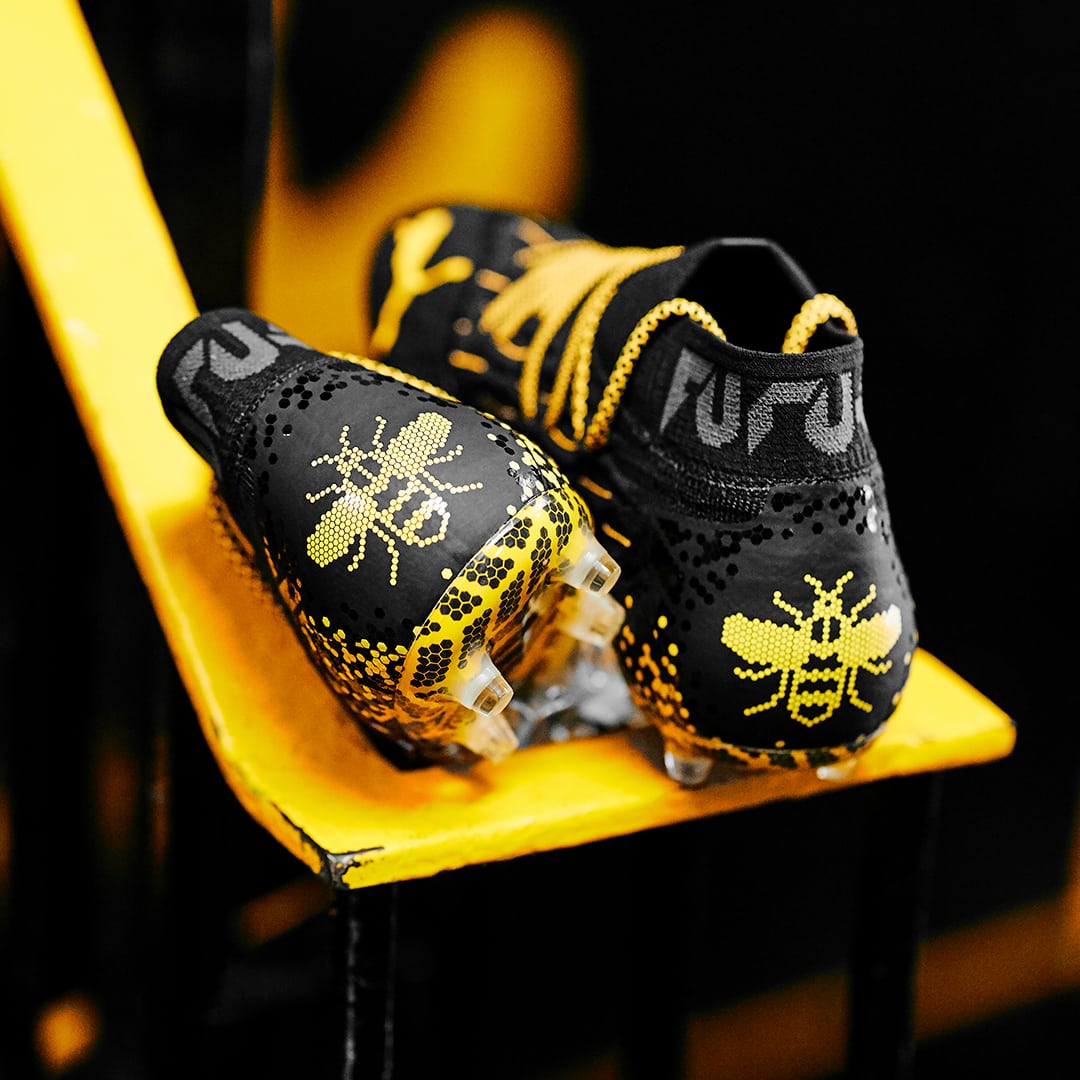 Unveiled only a few days ago, worn by Neymar, the new Puma ambassador, the Future Z is the first in this ranking. Even if today, nothing says that it will be the Future range of tomorrow, impossible not to put this pair in the first place as it brings so much promise to the future of the Puma crampon range. Innovative design, new technologies and a luxury ambassador. Everything seems to come together to make this Future Z the pair of tomorrow. 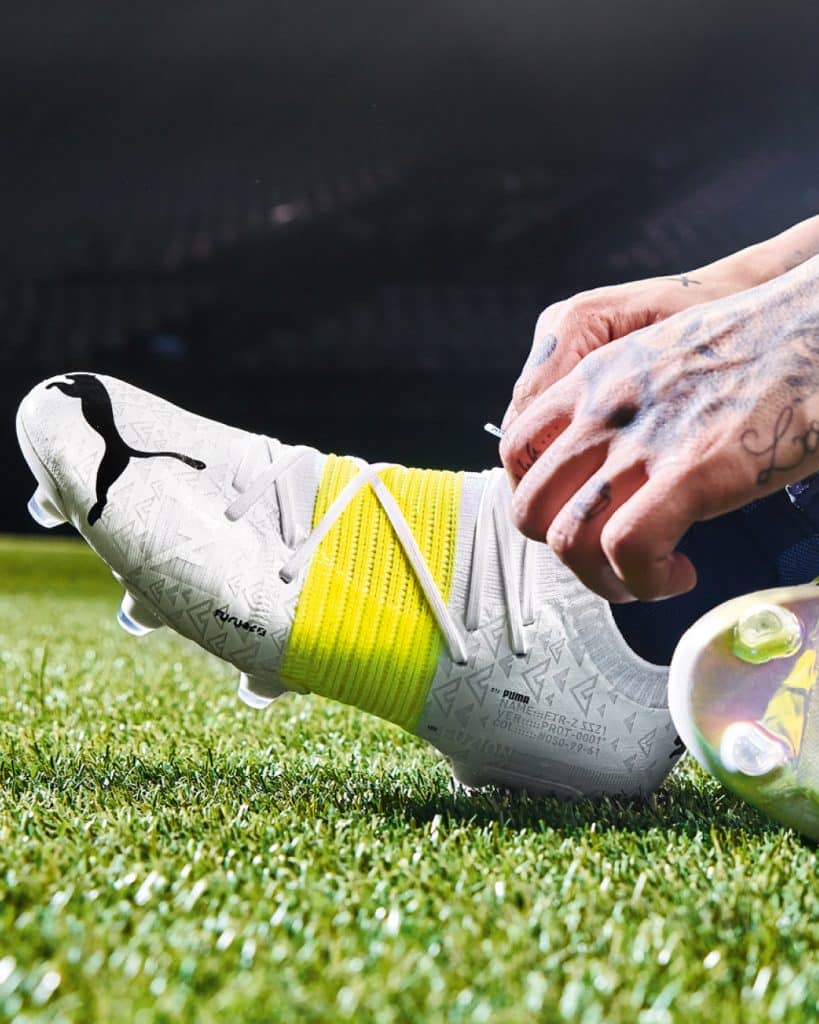 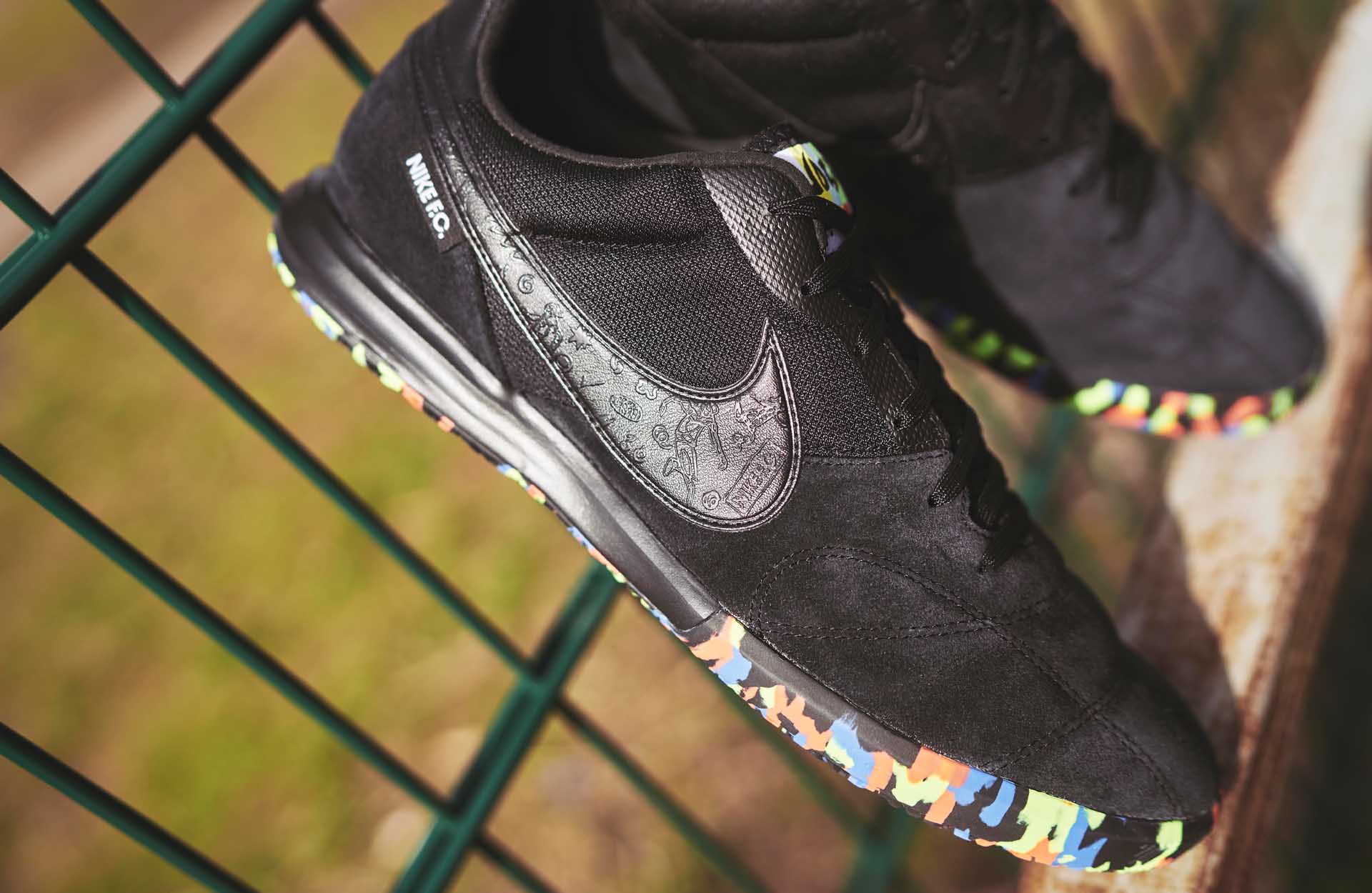 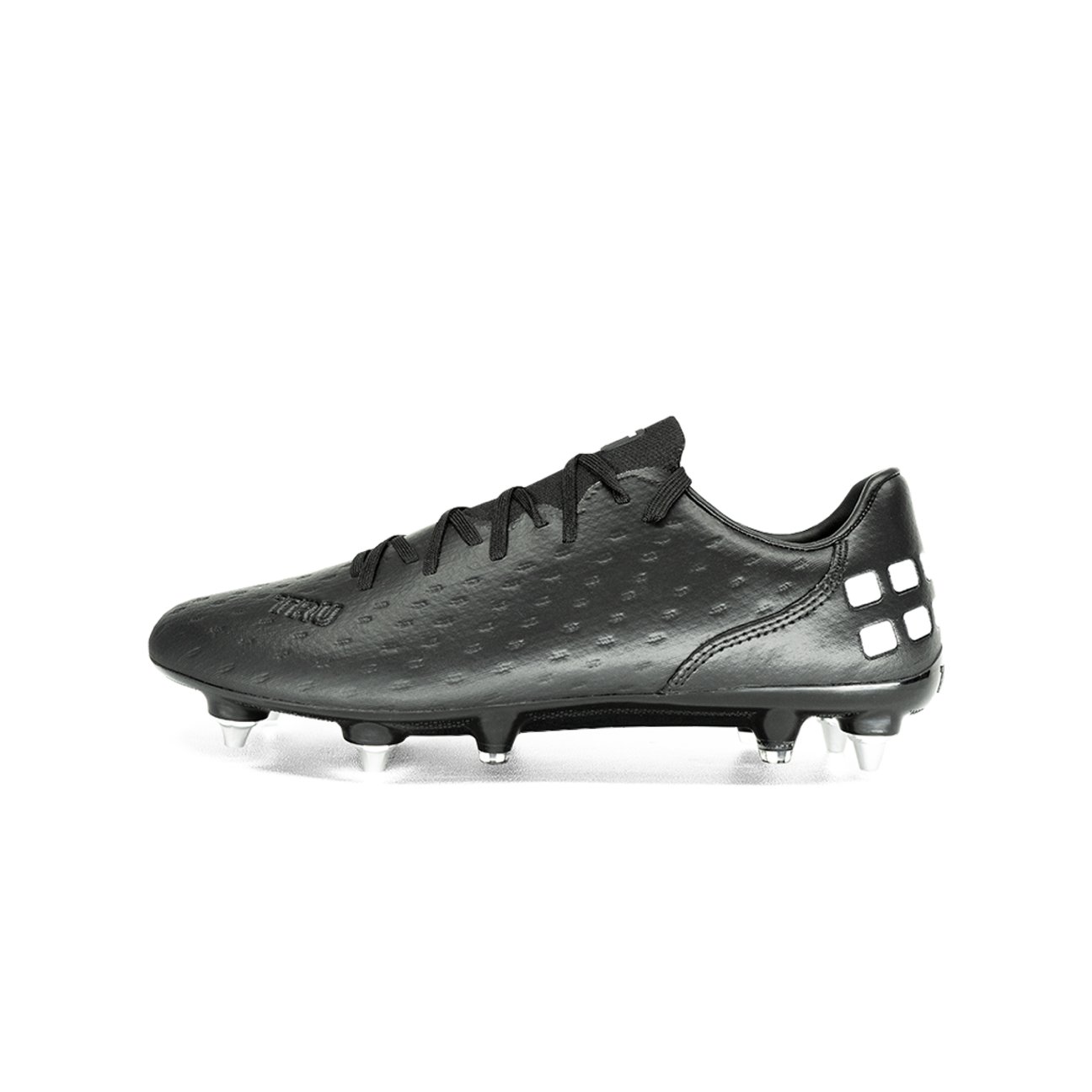