Messi versus Cristiano Ronaldo. We are interested in the composition of the match between FC Barcelona and Juventus, but in studs.

Already qualified, FC Barcelona and Juventus will now compete for first place in group G and the advantage will obviously be FC Barcelona since the club won the first duel by a score of 2-0. For the reunion between Lionel Messi and Cristiano Ronaldo, we are interested in the crampons that will be used this Tuesday evening thanks to the probable composition of the two teams.

What will be the shirts for the FC Barcelona – Juventus match?

On the occasion of the first meeting between the two teams, Juventus had released their traditional home jersey while at the same time, FC Barcelona played with their pink Champions League jersey. For the revenge, FC Barcelona will this time opt for their home shirt for the 2020-2021 season and Juventus will do the same with their white and black home shirt.

FC Barcelona jersey for the match against Juventus

Juventus jersey for the match against FC Barcelona

The crampons of the players of the match FC Barcelona – Juventus

The shoes of FC Barcelona players against Juventus

While Nike and adidas will compete on the jerseys of the two clubs, it is also a duel between the two biggest brands of the moment that will be played at the feet of the players. Apart from Antoine Griezmann who will wear his blue Puma Ultra from the Speed ​​of Light pack, we will find for example five players under contract with Nike and five with adidas. At Barça, it is the Mercurial range that will be the most used by the players who should start the match while Clément Lenglet will wear his traditional Tiempo Legend 8. For adidas, the entire range of crampons will be visible since ‘we will find the Predator, the Copa, the Nemeziz and the X Ghosted. Just that. 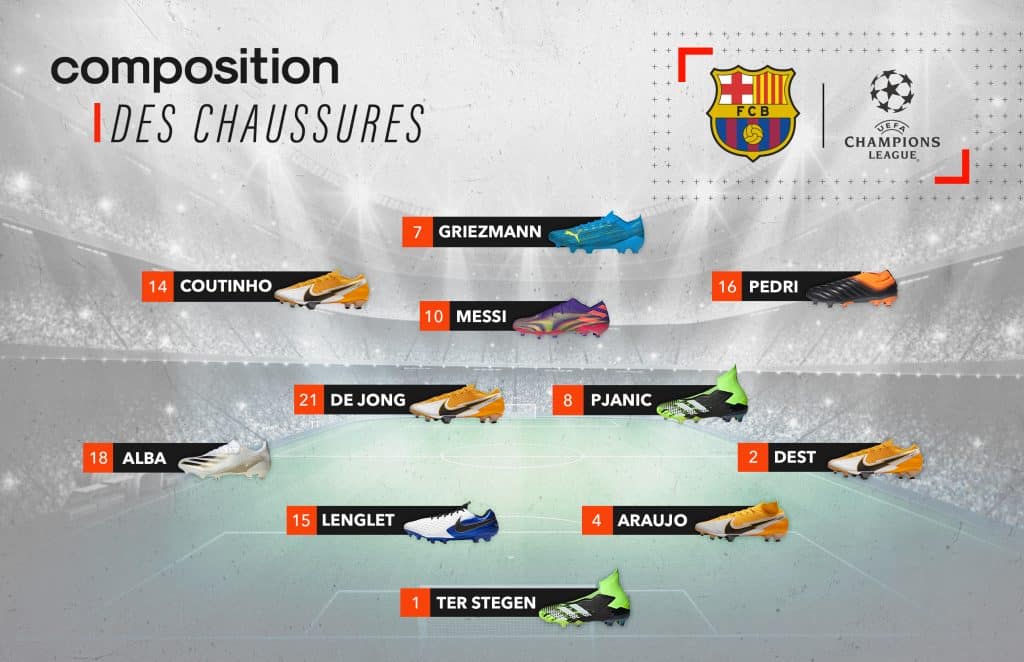 The shoes of Juventus players against FC Barcelona

Besides Barça. Juventus players will also be at the heart of a Nike-adidas duel and it will be the American brand that will be most present on the green rectangle. With six players out of the eleven who should start, Nike will for example have four ambassadors of the Mercurial range and in particular Cristiano Ronaldo who will use the now traditional Mercurial Superfly 7 and its Dream Speed ​​003 color. The Phantom GT will also be visible and in particular at feet of Adrien Rabiot, new user of the silo. Adidas will not necessarily be outdone and we can see products like the X Ghosted or the Predator 20 on the ground. It will also be the occasion to see Juan Cuadrado with his pair of Copa 20.1 full black and De Ligt with his now classic X 18.1 from the Virtuso pack. Regardless of the new colors and new models, the Dutch continue to wear this pair. 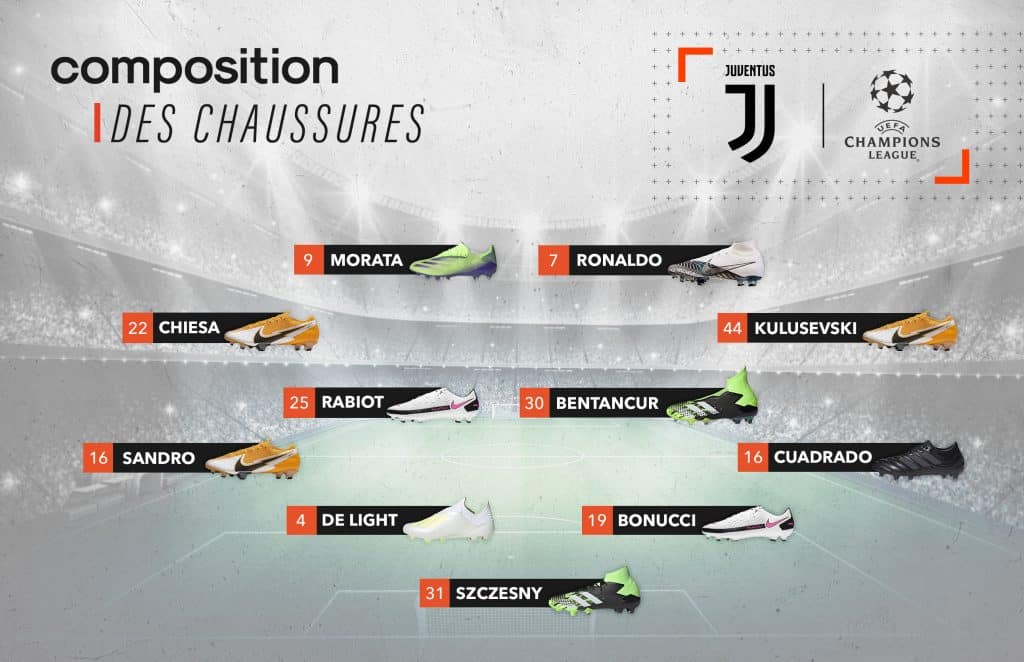