The lineup of Liverpool – Ajax in cleats

During the Champions League match between Liverpool and Ajax Amsterdam, we are interested in the jerseys and the footballs of the players.

As already for several weeks, the Champions League animates our evenings of weeks. While the group stage will soon come to an end, there are still a few matches to be played to determine which clubs will have the chance to qualify and which will unfortunately be transferred to the Europa League or eliminated. The match between Liverpool and Ajax will be very important in terms of qualification and we focus on the crampons and shirts of both teams.

What shirts will be for the Liverpool – Ajax match?

What jerseys will the match between Liverpool and Ajax be used with? Unsurprisingly, the Reds will evolve with the traditional red jersey in their den at Anfield Road. A shirt which will inevitably result in the use of the away shirt for Ajax since the Dutch club’s home kit has a large red band which cannot therefore be associated with that of Liverpool.

The Liverpool jersey for the game against Ajax 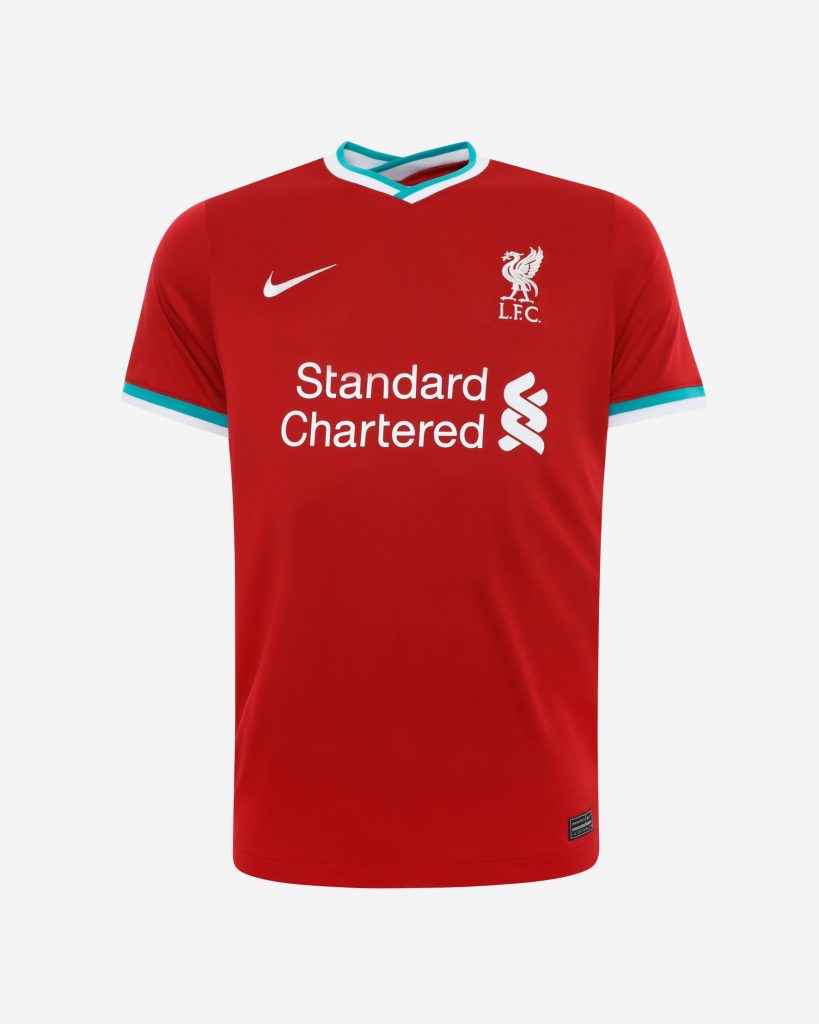 Ajax jersey for the match against Liverpool 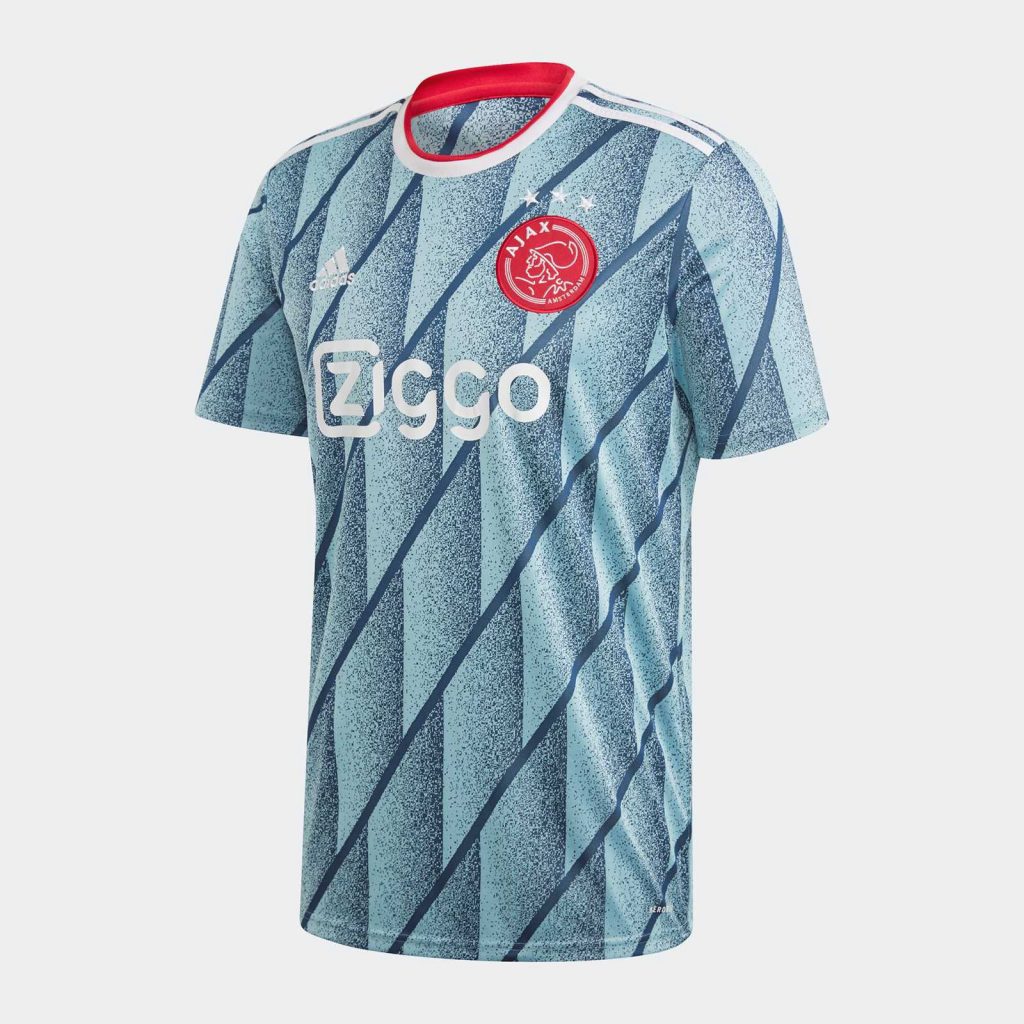 The footballs of the players of the match Liverpool – Ajax

The shoes of the players of Liverpool against Ajax

adidas, Puma, Nike, New Balance. While Under Armor will not be present since Trent Alexander-Arnold is absent, there will be despite four different equipment manufacturers on the side of the Liverpool players’ studs this Tuesday night. With five players under contract, adidas will be the most visible brand and will in particular be ahead of Nike which will have only three players, Puma with two players and New Balance which will obviously be visible at Sadio Mané’s feet. A nice panel of crampons that will make you want to watch this match even more for enthusiasts like us. 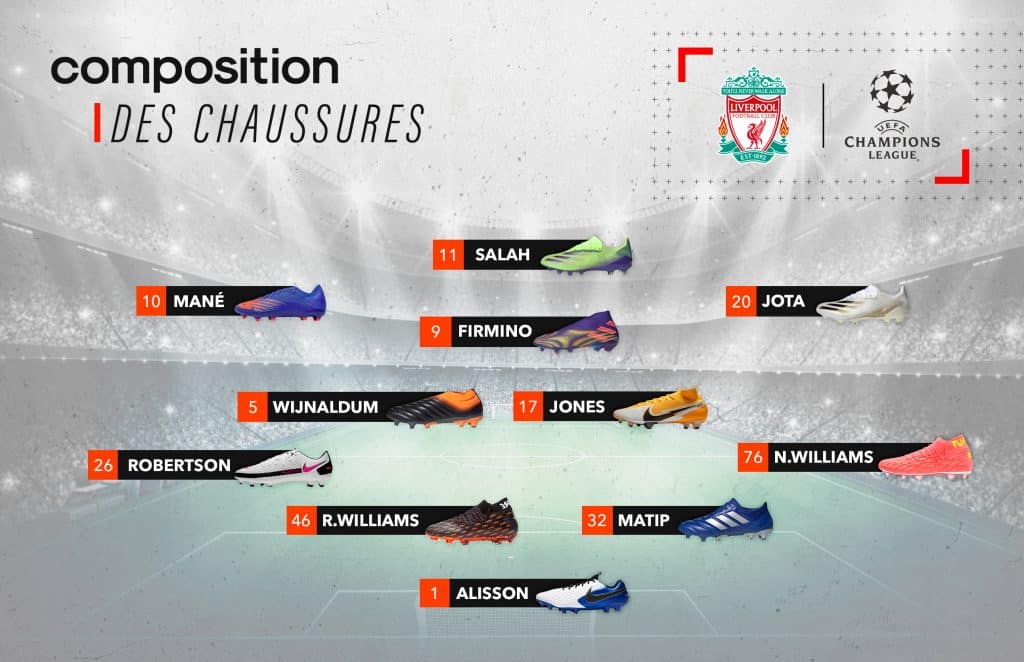 The shoes of Ajax players against Liverpool

If diversity will therefore be required in Liverpool, on the Ajax side, it is the Nike-adidas duo that will be present. With six athletes under contract, the American brand will be the more visible of the two. It is interesting to note that apart from the Phantom GT and Mercurial ranges, we will find a pair of Tiempo Legend 8… in attack! Indeed, Dusan Tadic is one of the only attackers to use Nike’s leather silo. On the adidas side, the five players will also offer the brand great visibility and here again, it is a rare model that will be in attack since Lassina Traoré will wear the Predator 20+. 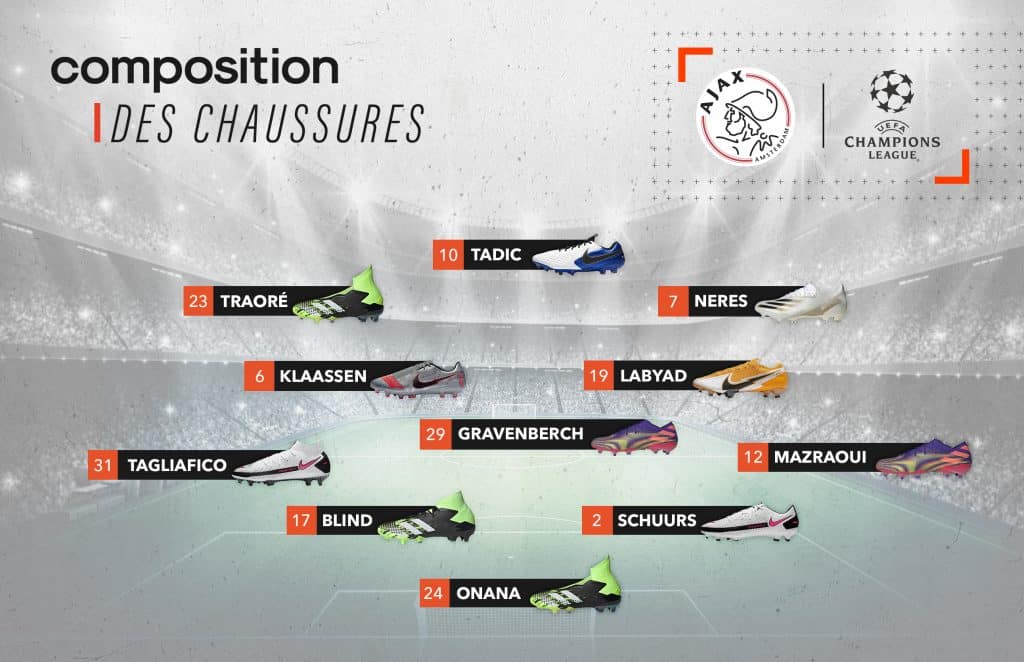