The composition of PSG – OM in crampons (Champions Trophy)

On the occasion of the Champions Trophy, we are interested in the composition of the PSG-OM match, but in crampons.

Staggered because of the Covid-19 pandemic, the 2020 Champions Trophy will be played this Wednesday near Lens and will see Paris Saint-Germain and Olympique de Marseille clash. For this first trophy of the 2020-2021 season, the two rival teams will face each other in a match that will inevitably smell like powder in view of what happened during the first meeting. To prepare this poster well, we are looking at the composition of the two teams… but in crampons.

But besides the studs, the jerseys of both teams will also be an important part of this game. For this classico PSG-OM, the club of the capital and the Phocéens will put on their classic clothes with the use of the home jersey on both sides.

PSG jersey for the match against OM (Champions Trophy)

The OM jersey for the match against PSG (Champions Trophy)

The crampons of the players of the PSG-OM match

The shoes of the PSG players against loon

With six players on contract at kickoff, Nike will be the most visible brand on the side of PSG and it is in particular the Phantom GT which will be the most worn pair of crampons with five players. From the defense to the middle through the attack, the new model of crampons of the American brand will affirm its versatility in this meeting. The Mercurial, which is the reference at the feet of the attackers, will only be represented by Presnel Kimpembe, central defender. With four players, adidas will be the second player in the probable composition of PSG against OM with in particular two pairs of Nemeziz.1 and a pair of X Ghosted.1. In goal, Navas should continue to wear the full black version of his Predator 20.1. The last brand to afford visibility at PSG will of course be Puma since Neymar will wear the new Future Z and this fluorescent yellow color perfectly visible on the pitch. 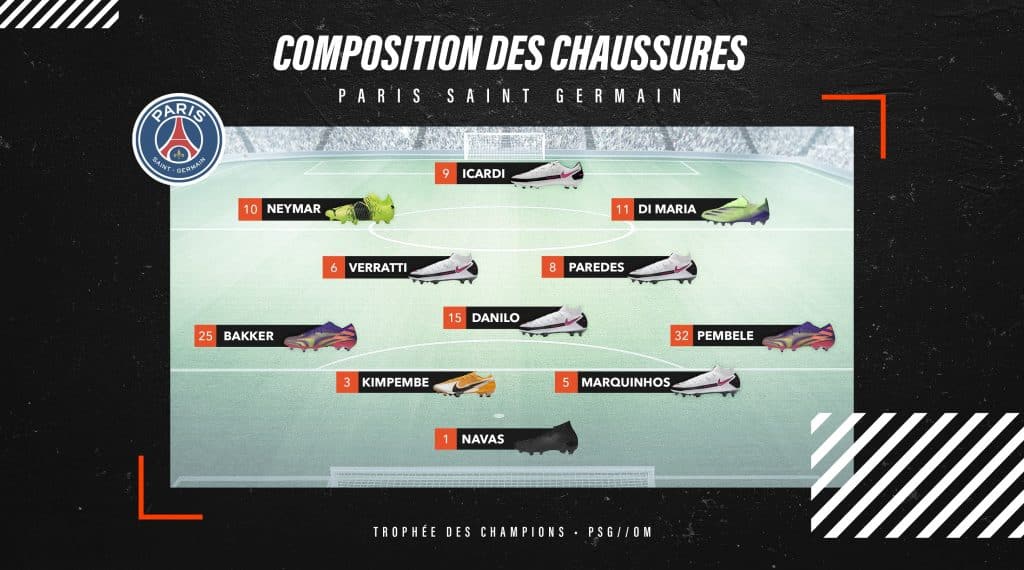 The shoes of OM players against the PSG

Already dominant at PSG, Nike will also be the most visible brand at OM. With five players, including three Mercurial ambassadors, the American brand will be able to present its entire range of crampons since we will find Tiempo at the feet of Valentin Rongier and the low Phantom GT at Boubacar Kamara. With four players under contract, Puma will be OM’s second equipment supplier and will benefit in particular from good visibility behind with Caleta-Car, Alvaro and Mandanda. With two ambassadors (Thauvin and Gueye), adidas will however be the least visible brand on the side of OM. 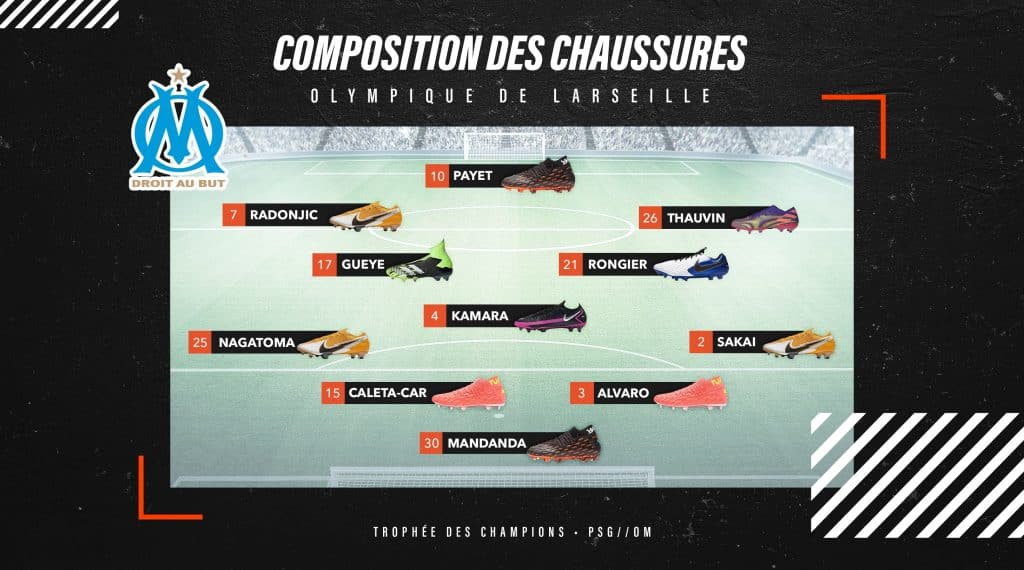 A new uhlsport ball for the PSG-OM match

But the other newcomer to this meeting between PSG and OM will be the ball. Unveiled yesterday by uhlsport, this new ball will be used throughout the second part of Ligue 1 Uber Eats and as a preview during this very special match. Technologically identical to the previous version, this ball features a mixture of white and fluorescent orange that is largely different from the fluorescent yellow at the start of the season. 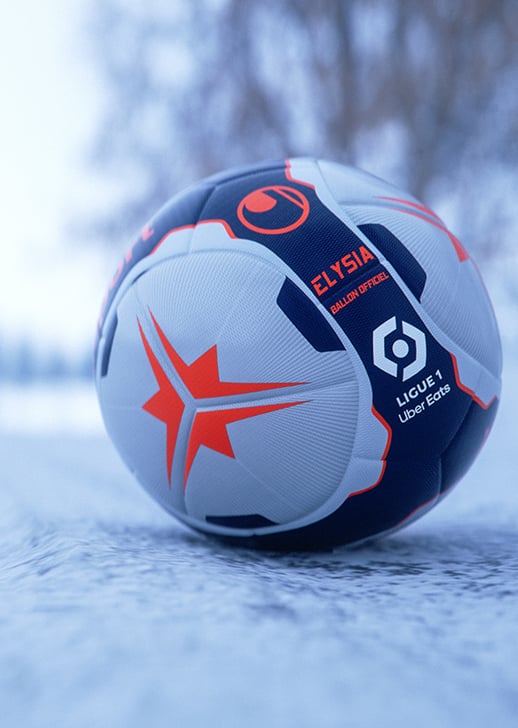 This post contains affiliate links. “As an Amazon Associate I earn from qualifying purchases.”adidas predator mutator black silver test and review Hello and welcome to a new article! Today we’ll be testing the new Adidas PREDATOR 20.1 Mutator black silver. This football boot has spikes on its upper! This shoe has even more than 200 […]