Here is a pair that we are always happy to see on the courts. The Nike Magista Obra was present in the feet of Ludogorets player Anton Nedyalkov during the Europa League game against Tottenham. This is the low version of the Magista 2 from the Euro 2016 Spark Brilliance pack.

Better twice than one. During the same match, the well-known Romanian striker of our Ligue 1, Claudiu Keșerü also appeared with a pair of Nike Magista Obra, but a first generation Magista this time.

The West Ham U23 team won 2-0 against Manchester United U23 this weekend. In addition to the three points, the Hammers walked away with the prize for the best shoe of the game thanks to their striker Daniel Chesters and his adidas X 15.1. Super Light.

Let’s take a trip to Ligue 2 where we spotted the shoes of Sochaux player Joseph Lopy during his 4-0 victory against Le Havre. The defensive midfielder showed off with a pair of 2016 Nike Mercurial Superfly IVs.

A new appearance for former Parisian Serge Aurier in our weekly article on the shoes of the week. The Ivorian is a player to watch closely for his penchant for vintage shoes. This week, he wore a Nike Mercurial Vapor V from the 2009/2010 season.

Sergio Ramos continues to make us lose our minds. After his signature Tiempo in 2017 and a New Balance Tekela, the Real Madrid defender appeared this week with the adidas Copa 20.1 Precision to Blur. Real #BootsMercato or strategy to extend at Nike? Case to be continued.

Much like Sergio Ramos, Dominic Calvert-Lewin had been spotted with a masked model appearing to be a New Balance model recently. And like Sergio Ramos, the player who was under contract with Nike showed up last week with adidas crampons. Sponsorship is moving a lot at the moment.

Never two without three. After Ramos and Calvert-Lewin, Sterling is the third player seen in New Balance recently to switch & for another brand last week. In his case, he put on the Nike Phantom Venom he wore when he was still under contract with Nike. One of the most exciting #BootsMercato files around.

We first thought of a masked shoe, but Matic joined Puma recently and zooming in on his pair, we noticed that it was more of a custom with his personal logo.

Custom shoes are coming to futsal. The French international and ACCS Futsal player is the first player we see with a shoe of this type on a futsal pitch. This is a Nike Lunar Gato II customized in the colors of Dragon Ball Z.

We close this 45th episode of the shoes of the week with a nine-year-back voucher offered by Inigo Martinez who played the match against Getafe with this adidas Predator Adipower from 2011. 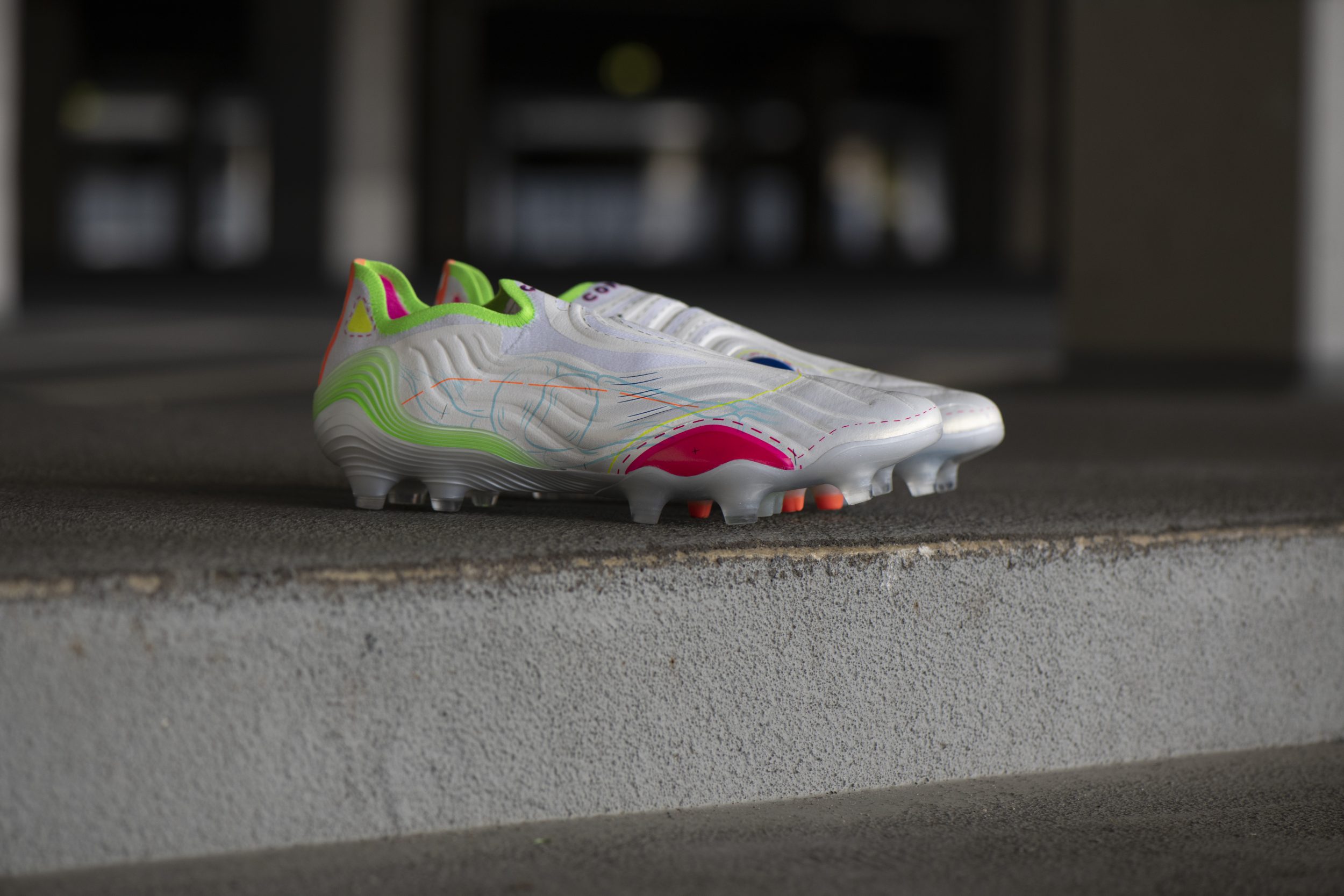 This post contains affiliate links. “As an Amazon Associate I earn from qualifying purchases.” Tell the story of the new Copa Sense by visually highlighting the technologies. This is what adidas has just achieved with a new colorway called “Inner Life”. The inner life of the Copa Sense, this is what adidas wanted to highlight… 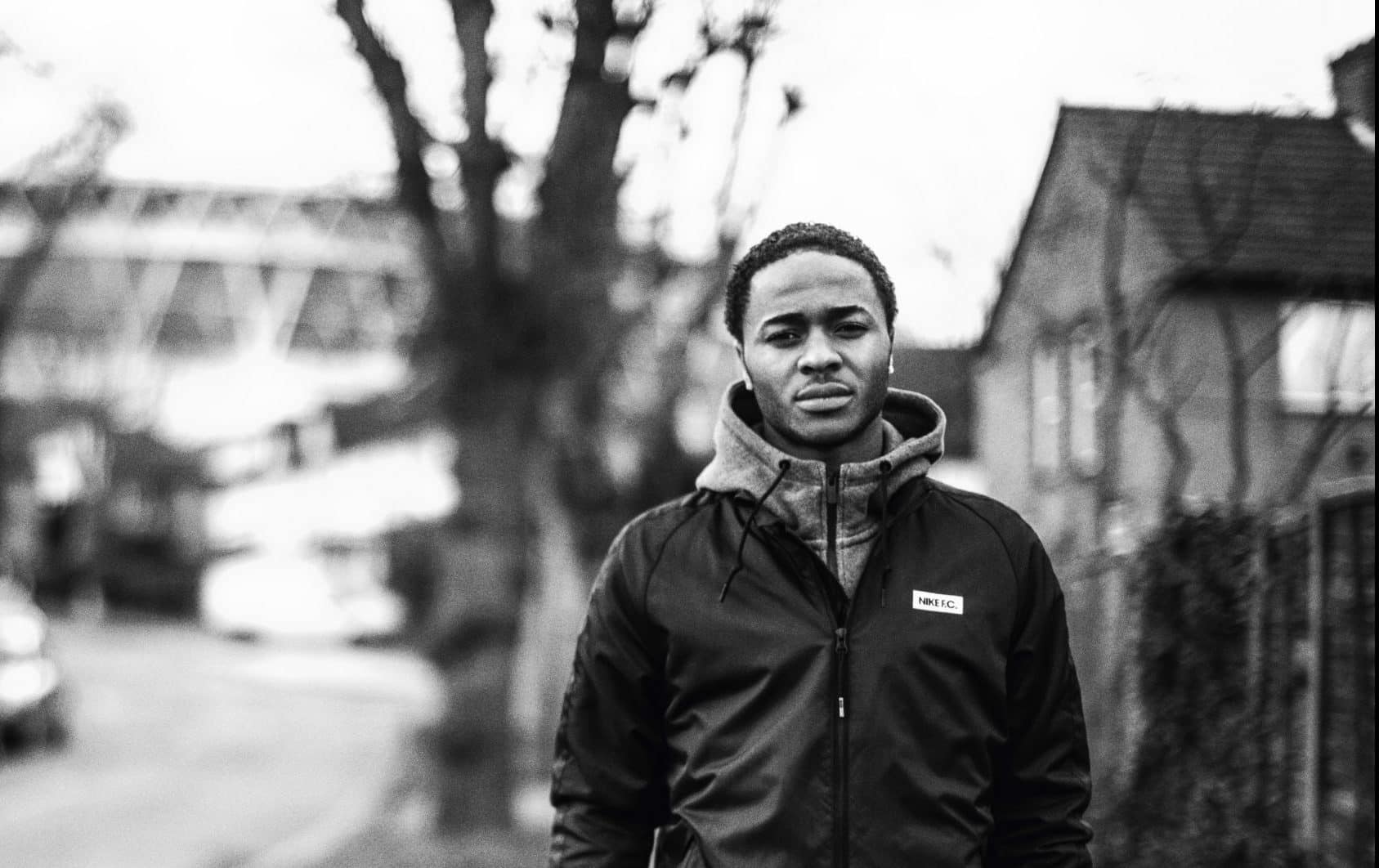 This post contains affiliate links. “As an Amazon Associate I earn from qualifying purchases.” Only 25 years old, Raheem Sterling already has a track record and statistics that make him one of the best wingers in current football. We look back on his long career thanks to his football boots. Since 2011 and his first… 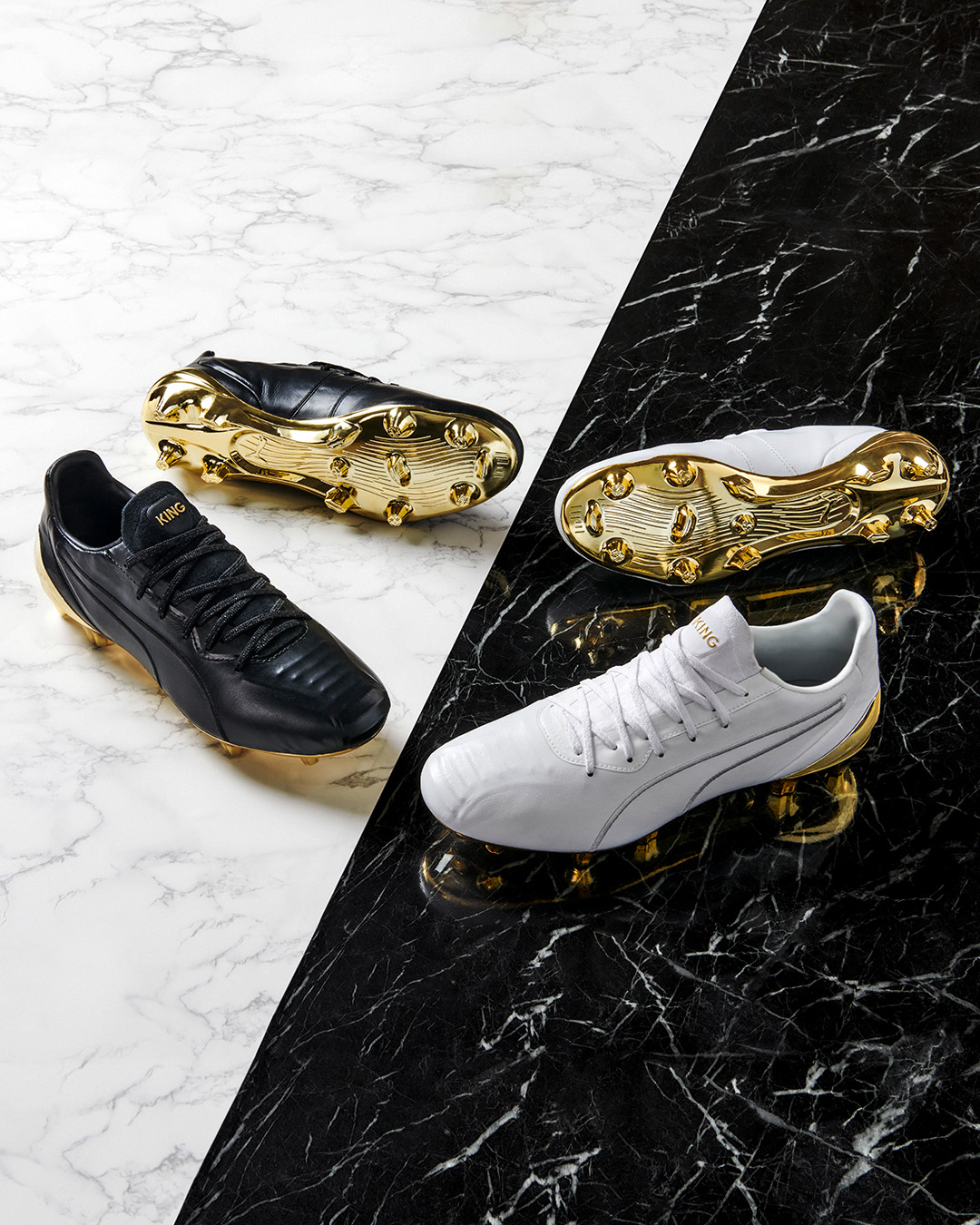 This post contains affiliate links. “As an Amazon Associate I earn from qualifying purchases.” After launching the Future Z Creativity last week and following the announcement of Coman’s signing, PUMA is today launching the premium black and white editions of the PUMA KING Platinum, featuring a gold sole. PUMA is releasing its classic today with… 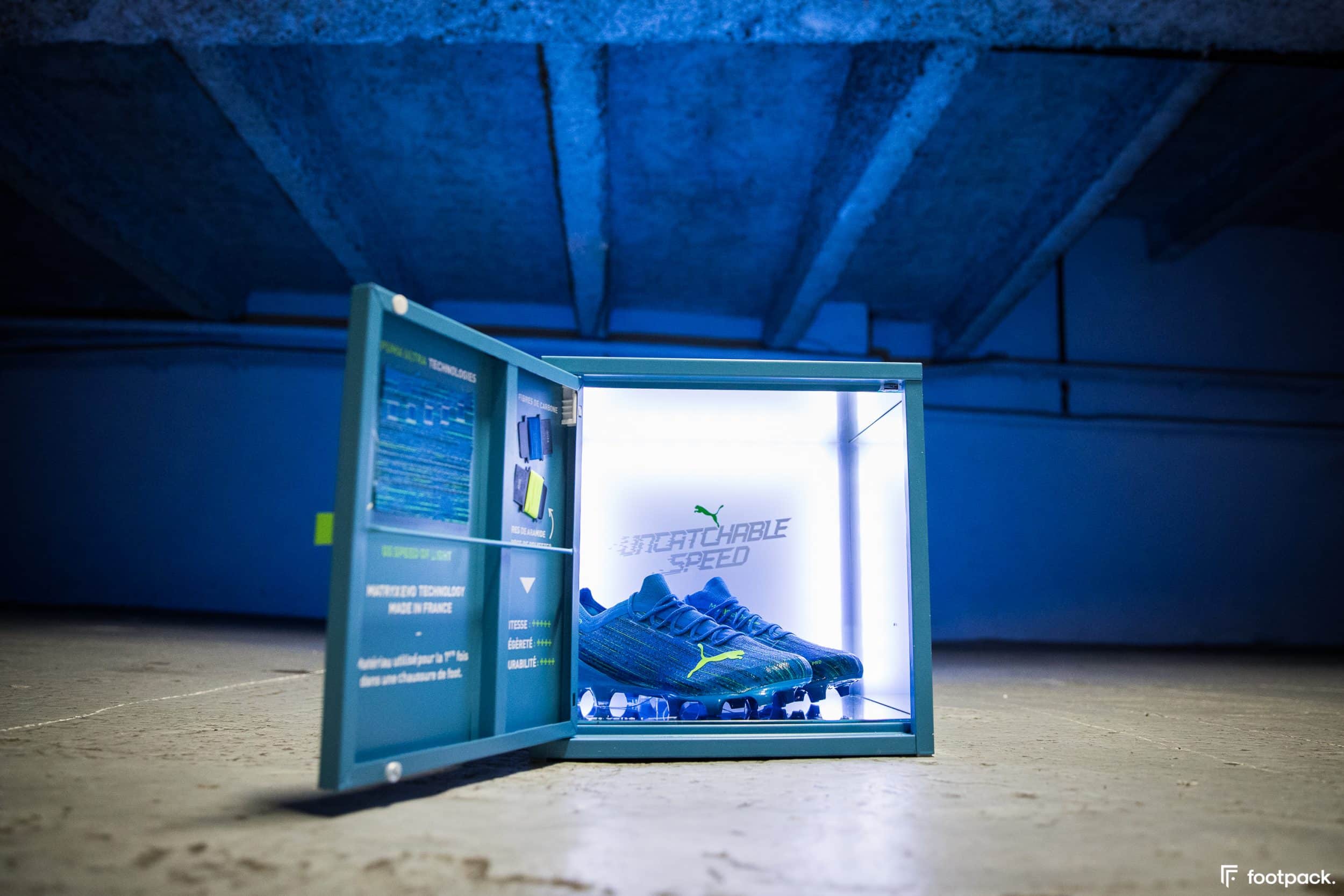 This post contains affiliate links. “As an Amazon Associate I earn from qualifying purchases.” Three months after its release, the Ultra is once again adorned with a new “Speed ​​of Light” colorway and is distinguished by the arrival of version 1.2 of the model embodied by Antoine Griezmann. Under the spotlight for several months and… 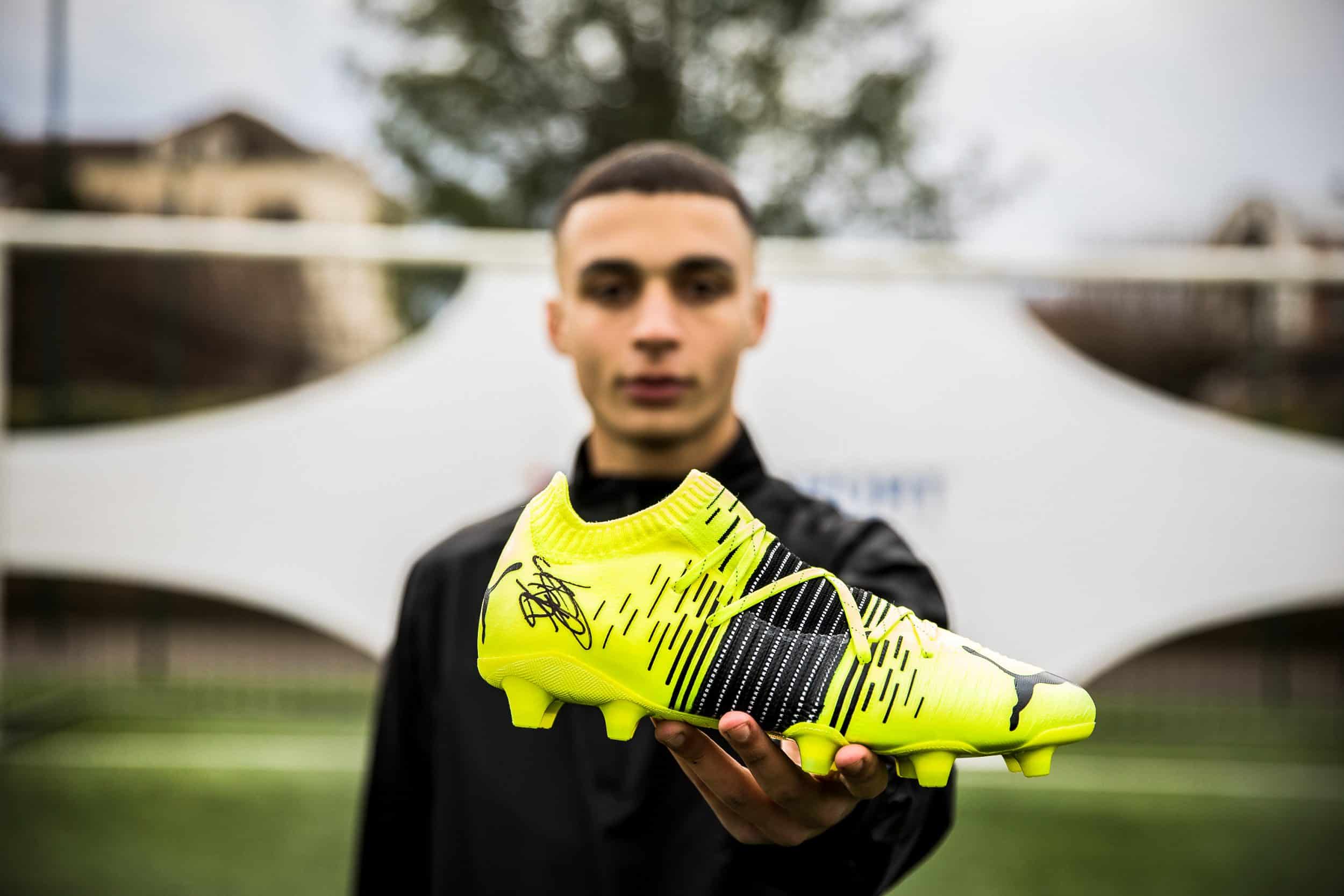 This post contains affiliate links. “As an Amazon Associate I earn from qualifying purchases.” As part of the launch of the PUMA Future Z, we partnered with PUMA and Intersport to produce a SKILLZACADEMY video with Kays Ruiz-Atil around the characteristics of the pair and its technical qualities. Growing up in Lyon, trained at Olympique… 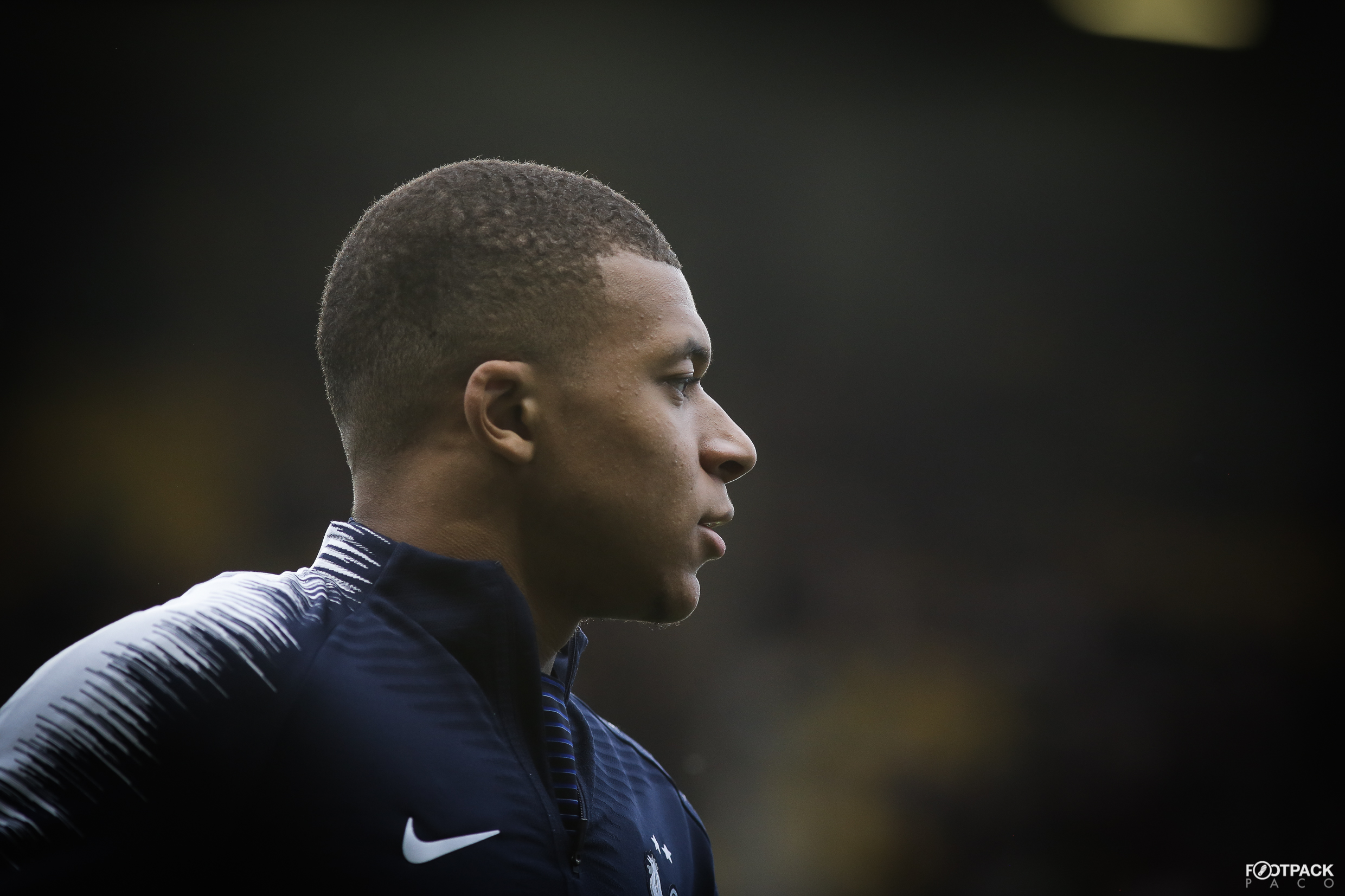