Juventus won 4 goals to 1 in the Serie A match against Udinese Calcio on Sunday. Cristiano Ronaldo scored two goals in the game, making him the second top scorer of all time by beating Pelé’s record. Pelé has scored 757 goals in total, of which 680 were for his club and 77 for his country. Cristiano Ronaldo scored his 757 and 758 goals last night and is now just one goal away from history’s top scorer, Josef Bican.

Juventus were playing their fourteenth Serie A game this season against Udinese at home. Udinese started strong and smashed the ball into the goal of the premises, however, the VAR annulled the goal by handball. After crushing the spirits, Udinese could not play with the same courage. Juventus dominated possession for most of the first half and soon, in the 31st minute, Ronaldo scored his 757th goal, equaling Pelé’s record. Due to an oversight by the visiting team’s defense, Ramsey managed to give Cristiano a simple pass in front of the goal and Ronaldo buried the ball in the bottom corner.

Right after the second half started, Juventus started to advance. On the 49th, Ronaldo threw the ball wonderfully, providing an assist for the new young Federico Chiesa, who was recently loaned out by Florentina. Later in the second half, the VAR canceled another goal, this time it was Juventus that was disappointed. Aaron Ramsey had hit the ball with his arm before scoring and therefore the goal was not counted.

And then the moment everyone was waiting for finally came in the 70th minute. Aaron Ramsey intercepted a pass near the penalty area and gave a deep pass to Ronaldo who after taking a couple of strides placed it in the lower right corner . Ronaldo couldn’t have asked for an easier 758 goal, which has placed him just two goals behind all-time top scorer, Czech Republic legend Joseph Bican. Ronaldo can take over for Bican in the next game against AC Milan that will take place on Wednesday.

I couldn’t be happier with tonight’s award! Now that I am about to celebrate my 20th year as a professional soccer player, Globe Soccer Player Of The Century is an acknowledgment that I receive with great joy and pride.@Balloon_football #globesoccer pic.twitter.com/sAIl3V8ezz

Cristiano Ronaldo is 35 years old and continues to break records and play well for his club. It is believed that he could even reach 800 goals before ending his career. He is very fit for his age and is one of the best players in Serie A this season. He has scored 14 goals in 11 Serie A appearances and is the leading top scorer. He even won the ‘Player of the Century Award’ at the Global Soccer Awards last week. Messi is not that far from Ronaldo statistically either. Lionel Messi is 16 goals behind Ronaldo, but the Argentine is two years younger than Ronaldo and has also played 200 fewer games than him, so it’s safe to say that Messi can easily get hold of Ronaldo late in his careers. However, instead of mulling over the same boring debate of who’s better than who, we should just sit back and enjoy watching their races and bow down as they move on to their next phase.

lake @Christian has beaten @Pelecareer goal record with his 758th strike. That’s about 42 goals per season for 18 years. Amazing. 👏🏻👏🏻

THINGS CAN CHANGE FOR JUVE 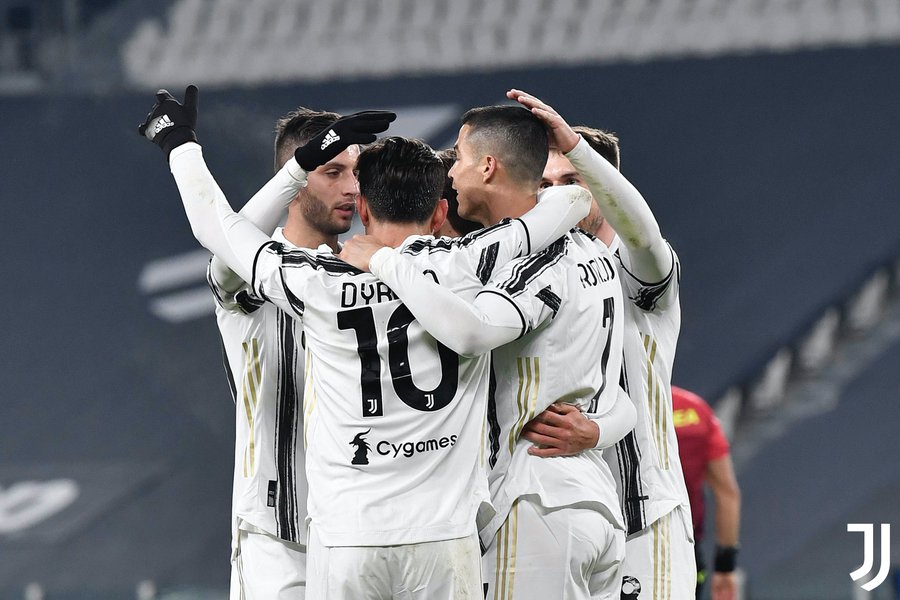 With the middle of last season, the position of Juventus does not look promising. He is currently fifth in the table, 10 points behind leader AC Milan and has not been consistent so far. Before the winter break, Juventus played a horrible game and lost 3 goals to 0 against Florentina, who is well below the lower middle table. After that embarrassing loss in their last game of 2020, the team was surely frustrated, especially their coach Pirlo. Pirlo admitted that he was concerned about the state of the team and said: “We started scared after the match against Fiorentina, we were afraid of the depth of the opponents.”

Juventus need to bounce back if they want to win the league like they did last year and last night’s victory could lift everyone’s morale and we could see a new side of the Champions League going forward. Juventus will face FC Porto in the knockout stages of the Champions League and the performances they show in the next few days will determine whether they will easily advance to the quarterfinals or whether they will fight the losers of the tournament.

Authentic Football Shop Titans is a participant in the Amazon Services LLC Associates Program, an affiliate advertising program designed to provide a means for sites to earn advertising fees by advertising and linking to amazon.com.