After another setback in the North London derby, the pressure on Mikel Arteta and the Arsenal players will only grow more intense.

Since signing a new contract at the club, Pierre-Emerick Aubameyang has sported anything but a first-rate striker, although his agent has taken to social media and hinted that the blame lies on the coach’s door.

Their Instagram post featured a Sky Sports chart that ranked Arsenal the worst team in the league in creating chances and the 18th worst team in shots on target.

‘If you create chances’ was a sharp comment from Kwaku Mensah and one that will surely have had the desired effect. 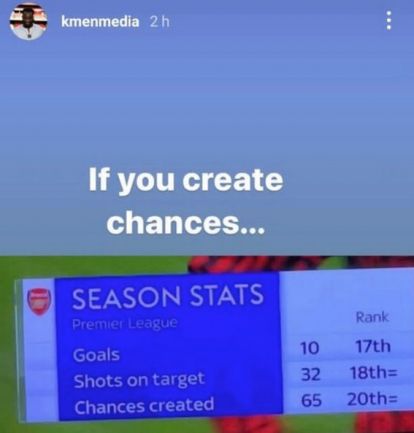