Parker fumes over the costly VAR decision; Bruce happy to settle for points

Fulham manager Scott Parker was furious at the “criminal” penalty decision that cost his side a Premier League victory in Newcastle.

The visitors led with Matt Ritchie’s own goal in the first half when referee Graham Scott awarded a penalty in the 64th minute.

Defender Joachim Andersen’s challenge in Callum wilson was questioned and, after reviewing the incident on the court monitor, issued a red card.

Wilson converted the resulting penalty to achieve a 1-1 draw and leave Parker puzzled about using VAR.

He said: “What is puzzling and worrying is that now we have VAR, he approaches a screen, I don’t know if he has seen a different angle than I just saw in the locker room, but the initial contact is out of the box and then it falls.

“What worries me is that we brought in the VAR to make the right decisions and once again I sit here and many other managers sit here, there is one every week, two every week, saying that we are not really sure how we have done it. come to the decision, and that’s the puzzling thing. 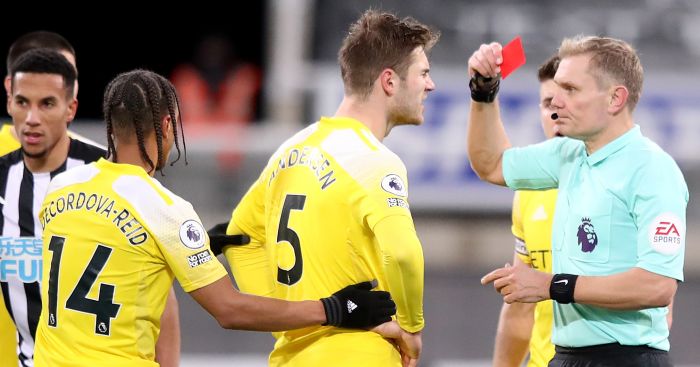 Parker’s disappointment was compounded by the fact that his team had done everything he asked of them up to the penalty, and then responded to the challenge of holding out with 10 men as magpies tried to snatch victory.

He said: “I have nothing but admiration and good words to say about my team, really positive.

“I think we were exceptional today, certainly the first half, we showed a real quality about ourselves and perhaps a more fair reflection would have been a couple of goals.

“We lost big, big chances in the first half, and then there is no denying that the penalty is a game changer and the sending off.”

Bruce happy to settle for points 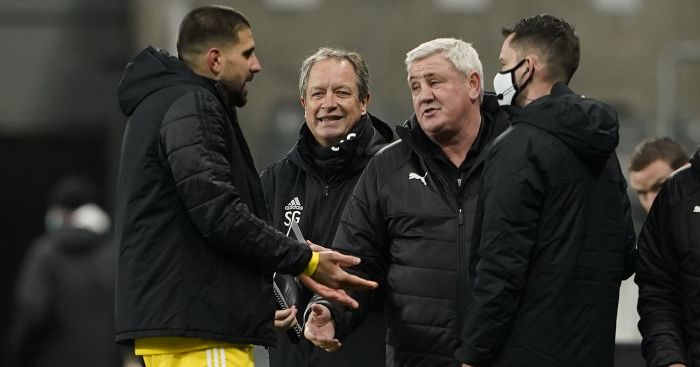 Opposite number Steve Bruce He insisted that the penalty decision, which gave Wilson the eighth goal of the season, the same he scored overall in the league during his last campaign at Bournemouth, was the right one.

However, he admitted that his team, which lost Federico Fernandez to illness at halftime, hadn’t been good enough on the night when they tried to bounce back from Wednesday night’s 5-2 beating at Leeds.

Bruce said: “We have to say that we will accept the point. We haven’t done enough today, both on and off the ball and even with 10 men we struggled to find some real quality to open up Fulham, which I found very impressive.

“We’ve had a tough week so I think we’ll take the point and move on, but we certainly have to play better than we did today.”

Newcastle will return to action on Tuesday when they face Brentford in the Carabao Cup quarter-finals. Fulham, meanwhile, will play again on Boxing Day against Southampton.