“Crafted in South Mexico City. The new Nike FC collection celebrates the bold and vibrant culture rooted in the streets of southern Mexico City. A city of striking contrasts where young footballers seize every opportunity to play quickly and without fear. It is here that Hirving Lozano was born and raised, representative of this style of play and of this new collection. 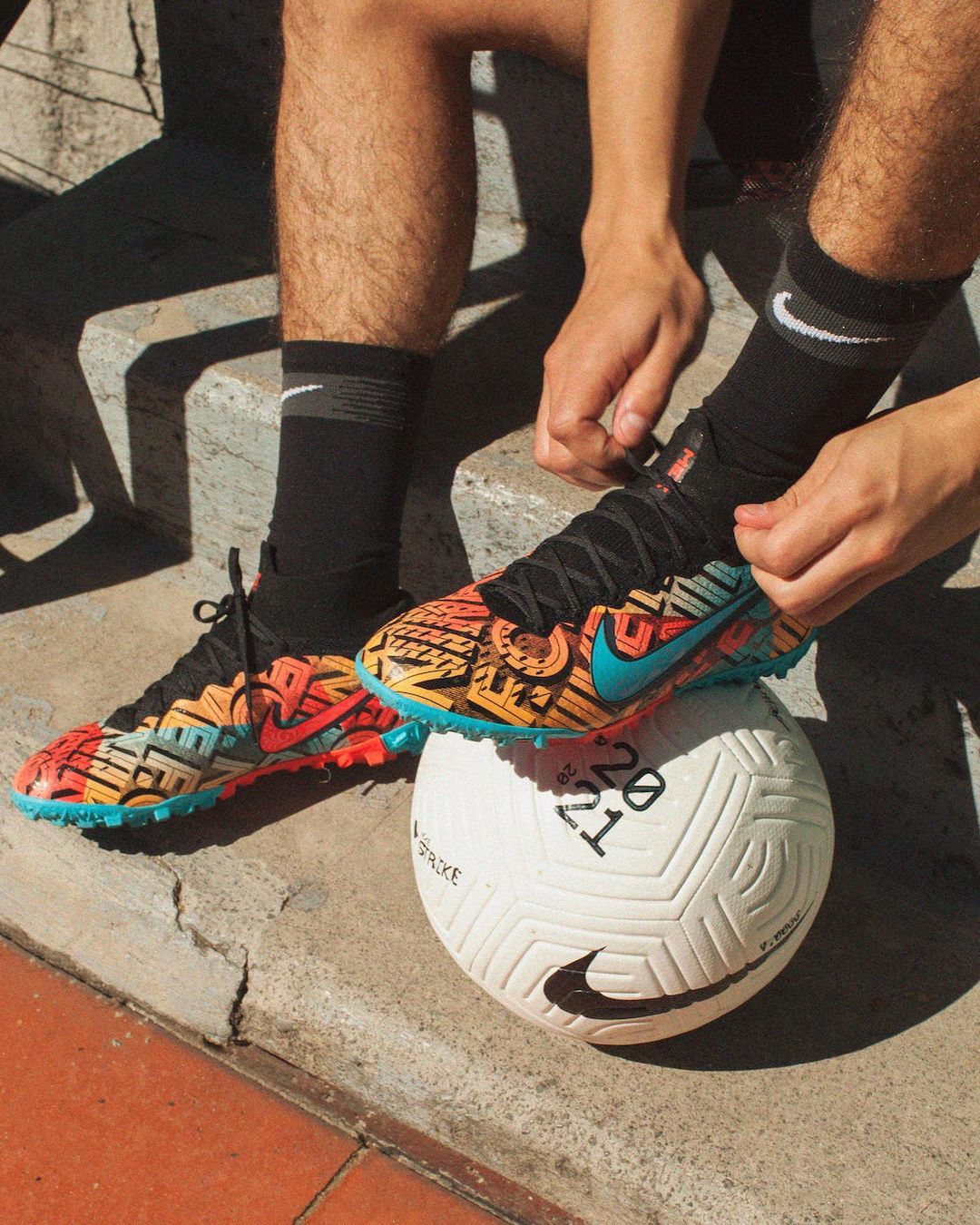 The rest of the collection consists of a Nike FC Mexico City jersey with a design inspired by the streets and art of Mexico. It combines an asphalt inspired base with logos and a multicolored font. There is also a black hoodie with the inscription “Ciudad de Mexico” on the front. Finally, the last piece of the collection is a white t-shirt displaying several logos including the same “Ciudad de Mexico” sign as the sweatshirt, but on the back this time.