A week ago, Nike launched the Nike Phantom GT Scorpion inspired by the 2002 “The Secret Tournament” commercial. Marketed since November 2, it has also appeared on the feet of several players.

Just a glance at the scorpion that adorns this Nike Phantom GT is enough to take you back 18 years. We are in 2002, you are on the family computer running a version of Windows whose name everyone has forgotten today and you are reviewing for the seventh time in a row this Nike ad in which the best players of the planet clash in a cage using technical gestures, each one crazier than the next. They knew how to do ads at the time! Between this one and all the “Joga Bonito” who would quickly follow.

But let’s go back to 2020, this pair of Nike Phantom GT unveiled in tribute to this mythical advertisement was seen in the feet of four young and talented players equipped by the comma brand. Mason Mount, Phil Foden, Rodrygo Goes and Mason Greenwood. All born after 1998, it is also unlikely that they knew what “The Secret Tournament” was before the release of the pair. But seeing them with this jewel on their feet has led us to ask ourselves the following question. What if Nike prepared a second edition of its fictitious tournament?

Imagine what a second edition would look like in 2020. This is what the nss.mag site was doing a few months ago by transforming the eight teams of three players of the time, with the current players.

On our side, we let ourselves dream that teams would be built around silos. So the Phantom team would therefore consist of Mount, Foden, Greenwood and Rodrygo. But for this to come true, we would already have to see a Nike Tiempo Legend 8, and a Nike Mercurial Vapor in a scorpion version. And also that Nike have this project in mind, incidentally. At least we already have the competition ball. 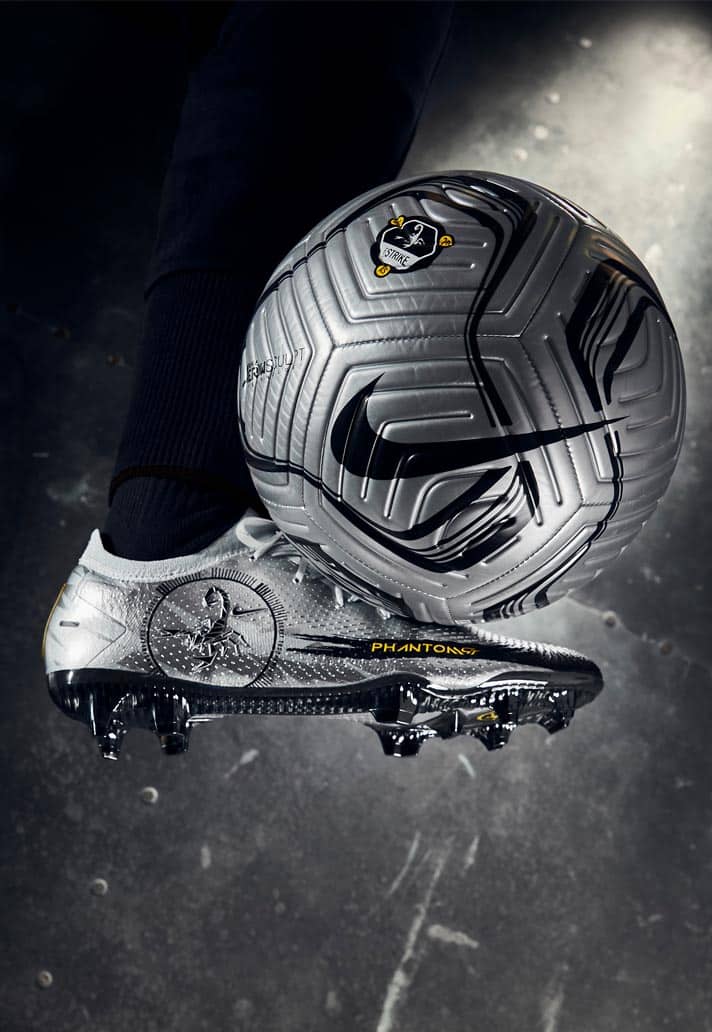 This post contains affiliate links. “As an Amazon Associate I earn from qualifying purchases.”Nike Football has released the Phantom Vision V2 model. We had the opportunity to test this new football boot, which was released a few months before EURO 2020. So what are the changes to the Phantom Vision silo worth? Discover without further delay my opinion on the pair and its Ghost Lace lacing system and Quadfit technology. The PhantomVSN silo is carried by ambassadors Verratti, Casemiro, De Bruyne, and Mahrez. Nike Phantom Vision Elite 2 shoe review Before […]