Before the 2022 season starts, there’s a trying conversation among NFL wideouts: who is the best of them all?

The conversation even extends to other positions as Dallas Cowboys cornerback Trevon Diggs was asked to rank his top five favorite wide receivers. His brother, Buffalo Bills wide receiver Stefon Diggs, topped the list as expected.

But Trevon’s No. 4 pick wasn’t included on the printed list, so he wrote in his name: Ja’Marr Chase. Chase ranked ahead of Diggs’ teammate, CeeDee Lamb.

There’s a reason Trevon and others consider Chase one of, if not the, best wide receiver in the NFL right now. Chase won a host of awards in his rookie campaign, including the Offensive Rookie of the Year award.

But there’s something even sweeter that the ever-competitive receiver won: the title for most receiving yards in a rookie campaign, surpassing the record set by former LSU teammate Justin Jefferson a year earlier.

It apparently wasn’t enough for Chase to top Jefferson’s rookie campaign, as he recently insisted he was absolutely superior to Jefferson in an interview with CBS Sports’ Pete Prisco.

“I would say me of course,” Chase said, admitting that Jefferson would also say himself. “He knows it’s not true. He stole all my moves and now he went first in the league and now he looks like his moves. He’s going to hear it, he’ll call me later.”

Jefferson has been on his own self-promotional campaign in recent weeks, claiming he’s the NFL’s best receiving talent.

He even went so far as to say that Cooper Kupp is “behind” him, to which Kupp responded that he can “respectfully disagree” with that position.

It turns out that Chase is also hot on Jefferson’s bragging rights, going so far as to say that Jefferson stole his moves and debuted them in the NFL before Chase was drafted.

All jokes aside, Jefferson and Chase (and Kupp, for what it’s worth) enjoyed historic 2021 campaigns. Kupp nearly became the first wide receiver to join the 2,000-yard club with 1,947 yards, winning Offensive Player of the Year honors in addition to winning Super Bowl LVI MVP. Jefferson finished the year with a 1,616-yard season, and Chase broke Jefferson’s 1,400-yard rookie year with a record 1,455-yard season.

Everyone will be subjective — Trevon proved it — but what can be agreed upon is that Justin Jefferson and Ja’Marr Chase are the exciting future of the position, and they have LSU to thank for honing their moves.

This post contains affiliate links. “As an Amazon Associate I earn from qualifying purchases.” Equatorial Guinea advanced to the quarter-finals of the Africa Cup of Nations after Falaye Sackos’s missed penalty kick handed Mali to a shock 6-5 defeat. Spot-kicks were required to settle a poor round-of-16 showdown after 120 goalless minutes at Limbe Stadium…

This post contains affiliate links. “As an Amazon Associate I earn from qualifying purchases.” Ethan Pocic (Photo by Abbie Parr / Getty Images) 5-9 The Seattle Seahawks are the worst they’ve been in over a decade due to several factors, including several list mistakes made at all levels. The reigning NFC West champions, who finished… 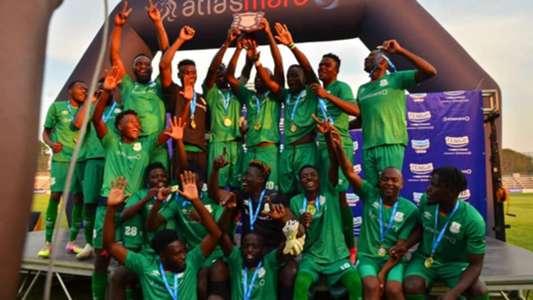 This post contains affiliate links. “As an Amazon Associate I earn from qualifying purchases.” Timu ya Ziko got the necessary morale from the season’s curtain raiser before starting their league title defense Kenya international Jesse Were scored a brace as Zesco United defeated Lusaka Dynamos 4-0 to lift the Charity Shield Cup at MTN Woodlands…

This post contains affiliate links. “As an Amazon Associate I earn from qualifying purchases.” Paolo Maldini is happy that Milan can now “plan for the future” after confirming that he has reached an agreement with the Serie A champions to become technical director. Club legend Maldini was considered one of the main architects behind Milan’s…

This post contains affiliate links. “As an Amazon Associate I earn from qualifying purchases.” Colin Kaepernick, who has not played in a game since 2016, has a higher Madden rating than half of starters in the NFL. What in the world is Madden trying to tell us here? In the latest edition of the fan-favorite…

This post contains affiliate links. “As an Amazon Associate I earn from qualifying purchases.” Manchester United interim manager Ralf Rangnick has urged his players to follow the lead of Cristiano Ronaldo and be more direct towards each other. Ronaldo urged United fans to be patient with Rangnick’s approach in a recent interview with Sky Sports,…