Gallas tips this London team to win the Premier League

It has been an odd start to football seasons across Europe, the mix of fan absence, actual preseason absence and the threat of Covid-19 still hanging around seeing some outlier results.

The Premier League has fared no differently with Man City, arguably one of the title favorites, sitting in the bottom half of the table, while West Ham is pushing for European places.

It seems that José Mourinho may have finally gotten Tottenham Hotspur where he wants them to be, with the North Londoners sitting at the top of the table before the North London derby.

Chelsea are in third place and a former player for the two London clubs believes that one of them will end up taking the title this season, and not City or Liverpool.

“After this game [Chelsea v Spurs] Tottenham players are aware that this season may be their year to win the Premier League, ”wrote William Gallas on his Instagram account.

“For my part, Tottenham will be champions this season if their key players (Harry Kane, Hojbjerg, Lloris) are not injured.” 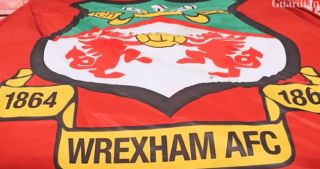 If the Portuguese can keep them in the box until the new year, then there’s no reason, maybe with one or two more new additions, he can’t get the job done.