Have you come across the word ‘ futsal, ‘and have you wondered what it is? Do not worry! Here at AuthenticFootballShopTitans, we have compiled a guide to what futsal is, where it comes from what the difference is to regular football… and much, much more. Just read on and get to know the different forms of football.

The story behind futsal

Although the word ‘futsal’ may sound German, it is derived from Portuguese. Directly translated, it means indoor football. The game itself, however, is markedly different from games outside. First, the court is smaller when playing on a handball court. Besides, there are only five players on the field: 1 goalkeeper and four fielders.

As a player, you get more ball touches, and the goalkeeper comes into play much more. Due to the smaller pitch and the fewer players, futsal has a high pace, and there is a lot of technique with it a match. So you have to be in control of your technique to be able to win in futsal.

Due to the high pace, the ball itself is smaller and more comfortable to control than the larger footballs, as it does not bounce as much as a regular football does. Find good futsal footballs here.

Futsal is an independent sport, but it is a perfect addition to football if you want to improve your speed and technique. Footballers such as Pelé, Zico, Ronaldo, Ronaldinho, Robinho, and Ricardinho have all played futsal, and their style of play comes directly from the fast-paced game.

You can see an example of the high tempo and the many tricks the players perform on the court, in the video here:

Futsal is wildly popular in South America, where the sport originates. Here, football is played on even the smallest streets and alleys, and the game is an excellent alternative if you do not have an entire court available.

The game is also viral in the Netherlands and Belgium, which have big clubs exclusively for futsal.

In Denmark, futsal is not yet as widespread as in the above countries. DGI and DAI have futsal teams, and there is an opportunity to try your hand at the alternative form of football. But the sport is not yet as widespread as football is and you often have to live in a larger city to play the game. Still, in 2012, the DBU has chosen to re-establish a futsal national team led by Aroldo Strack.

Is there a difference in the rules of futsal and football?

The concise answer is, yes, there is a difference in the rules.

If you play futsal with players over the age of 13, you must follow UEFA’s rules. However, there may be some other rules between the clubs. You can read about them on your club’s website.

There are several differences that we will not mention here. Instead, we refer to DGI’s website about futsal. Here you can download and print the rules for both children and adults to use them in your game and your club. You will find the link here. However, we will come up with the most important rules, which are different from football rules.

If your child (U5-U12) plays futsal, DGI recommends changing the rules a bit. The most important rules for children are:

The most important rules for adults are:

Because futsal takes place indoors, of course, you need to wear indoor shoes. Some shoes are intended for futsal with flexible soles and are made of durable material. These often have the word ‘futsal’ in their name, and you can, therefore, calmly go for these shoes when you need to play.

It is a requirement that you wear leg splints when playing. Your football socks should cover the leg splints. Apart from the fact that the leg rails must be intended for football, there are no special rules for which ones to choose.

As mentioned earlier, the ball is smaller and heavier than a football for football. As with the shoes, these are often called something like ‘futsal,’ and you can, therefore, go by that name if you have to

What is the difference between futsal and indoor soccer?

There is a big difference between the indoor football that we here in Denmark are used to and futsal. First, the pace is higher because the track is smaller. The goals are regular handball goals, and a match lasts twice twenty minutes of adequate playing time. Each team has one goalkeeper and four fielders on the field at the same time.

The ball is smaller but weighs the same as a regular football in futsal. The ball’s indoor ball is softer than a regular football. This means that the ball does not bounce around as much as a football for indoor use does. Therefore, it is easier to control.

In futsal, there are no gangs. So when the ball is out of play, a kick must be made at the start.

The goalkeeper must touch the ball inside the penalty area.

Since 2008, futsal is the version of football that has been played at indoor football tunings.

Where to play futsal?

Unfortunately, futsal is not so widespread in Denmark, yet; there are not many places you can play the game. You can see an overview of where in the country you can play via this link.

If you do not live near a city with futsal, talk to your local football club about starting a team. Maybe there are others, like you, interested in a more technical and faster game than what you get on the football field?

The price differs from club to club.

The page is continuously updated. Therefore, there will be periods where there is nothing to show, where other periods have a lot of tournaments. 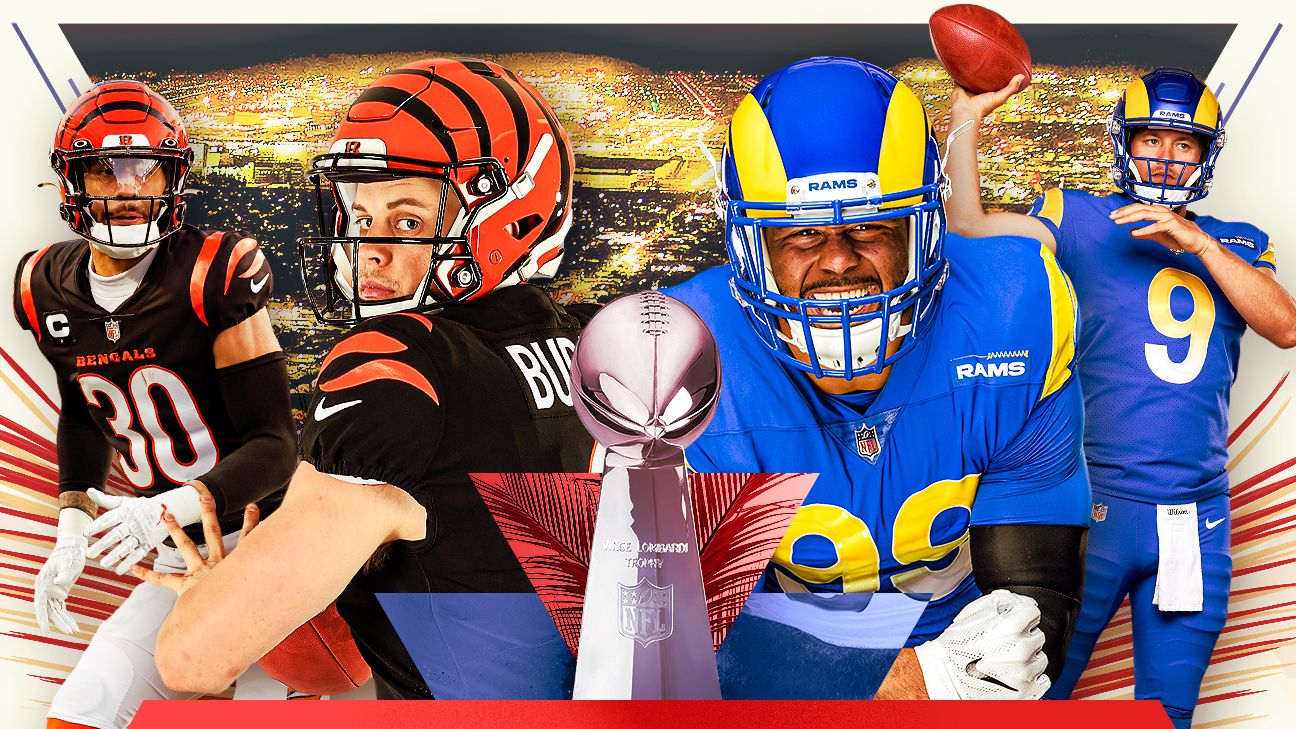 This post contains affiliate links. “As an Amazon Associate I earn from qualifying purchases.” 7:00 AM ET ESPN staff Super Bowl LVI kicks off on Sunday at 6:30 p.m. ET, with the Cincinnati Bengals facing the Los Angeles Rams. The two teams each emerged from their conference’s No. 4 seeds after winning their respective divisions….

This post contains affiliate links. “As an Amazon Associate I earn from qualifying purchases.”Although artificial grass is made to look and feel like real grass, it just is not quite the same. In this guide, we will tell you what to look for when going out to buy artificial turf boots. You will be guided through the bud…

This post contains affiliate links. “As an Amazon Associate I earn from qualifying purchases.” 7:00 AM ET ESPN staff The NFL divisional round for the 2021 season is stacked with four great matchups, and we got you covered with what you need to know heading into the second weekend of playoff football. Our NFL Nation…

This post contains affiliate links. “As an Amazon Associate I earn from qualifying purchases.”Among the characteristics of a football boot, weight is perhaps something the average amateur player thinks the least about. But weight can both directly and indirectly be a very important factor in choosing a boot. I have collected over 100 different shoes and their…

This post contains affiliate links. “As an Amazon Associate I earn from qualifying purchases.” January 28, 2022 ESPN staff The NFL’s conference championship round for the 2021 season is stacked, and we’ve covered you with what you need to know for Sunday’s NFC and AFC championships. Our NFL Nation reporters bring us the biggest keys…

This post contains affiliate links. “As an Amazon Associate I earn from qualifying purchases.”If you are a woman and play football, you must of course have the right equipment, so you are well dressed for both training and matches. That is why we are looking at women’s football equipment in this article so you can provide your optimum. Actually,…