Arsenal manager Mikel Arteta admitted his team is “in a great fight” after their league winless streak extended to seven games with a loss to Everton.

Arsenal he was left behind early in unfortunate circumstances when Dominic Calvert-Lewin shot off goal with a deflected header from Rob Holding to open the scoring.

Nicolas Pepe scored a penalty to equalize, but it was the Ivorian’s weak mark that allowed Yerry Mina to nod at the winner unopposed.

Talking to Sky Sports after the game, Arteta He said: “Without conceding much we lost the game at two key moments.

“We reacted very well. We dominate the game. We create enough opportunities at least not to lose. We hit the bar. We have no luck.

“We are in a great fight. We lost to Burnley without them shooting on target, and now we lose a couple of times.

“It’s really difficult when you play against a team that defends low and wastes time. We make it difficult for ourselves by conceding the first goal. 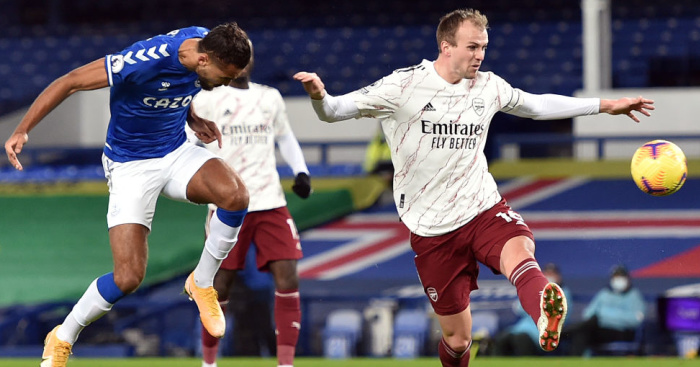 “I think we had 15 shots, but only two on target. We need to improve our rate, that is the reality.

“We need to generate more to win soccer games. When it comes to small details, the other team wants it more.

“The guys are absolutely still fighting. They are hurt right now. “