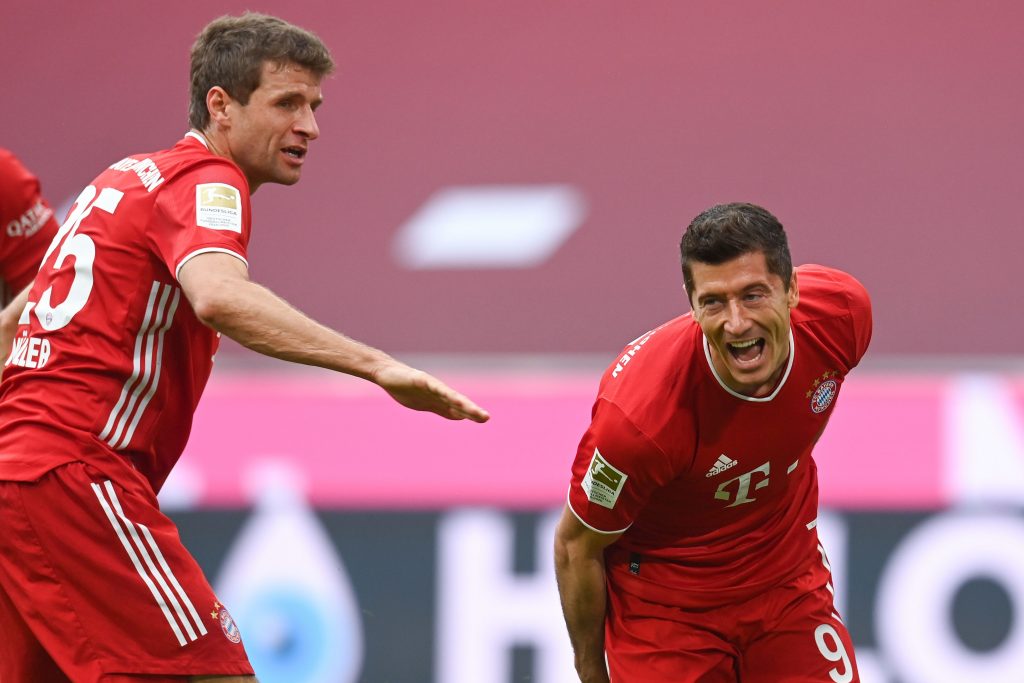 The shortlist for the December Bundesliga Player of the Month award has been announced.

The six-player roster consists of two players from Bayern Munich, another two from Bayer Leverkusen, third, and then one from Borussia Monchengladbach and one from Freiburg.

Here’s a closer look at each of the nominees.

Who is surprised? I am not.

Robert Lewandowski returned to star in Bayern Munich in the last month. After going blank in a 3-3 draw against RB Leipzig, the Polish international scored the equalizer against Union Berlin and then scored twice in a row against Wolfsburg and Bayer Leverkusen. He literally scored every goal for the Bavarians in those three games.

Lewandowski will be seeking his second Player of the Month award of the season, as he took home the award for his performances in October.

Leipzig may have managed to keep Lewandowski quiet, but they were powerless to prevent Thomas Muller from increasing his goal count. The World Cup winner scored twice in a man of the match performance for Bayern Munich to secure a draw against their rivals for the title.

It was a month of stepping up into the big games for the 31-year-old. In their clash against Bayer Leverkusen, Muller recorded an assist for Lewandowski as Bayern Munich returned to the top of the table.

He may have gone viral for a beautiful goal against Frankfurt on Saturday, but it was his way of playing that put him on the shortlist for the award.

The German recorded assists in all four Bayer Leverkusen league games last month, helping his team to nine points out of a possible 12.

Possibly the leading candidate for the award, Lars Stindl has led Borussia Monchengladbach through December with four goals and one assist.

He started the month with an assist from Breel Embolo in the club’s 2-2 draw against Freiburg, before salvaging a point against Frankfurt with a hat-trick in a 3-3 draw, including two stoppage time goals.

Stindl was also able to convert from the penalty spot in his team’s 2-1 loss at home to Hoffenheim.

Freiburg has had a good run of form in recent weeks, and it’s largely thanks to Vincenzo Grifo.

The Italian has had a magnificent month, scoring three and assisting two more in four starts. His standout performance came in a 4-1 win over Hertha Berlin, where he opened the scoring in the seventh minute, then helped his teammate Manuel Gulde to make it 3-1.

Prepare to feel old and hopeless. The final nominee was born in May 2003. Yes, May two thousand and three.

The teenager scored his first two league goals of the season last week, first putting Bayer Leverkusen 3-1 against Hoffenheim, and then adding a fourth in his team’s rout of Koln.