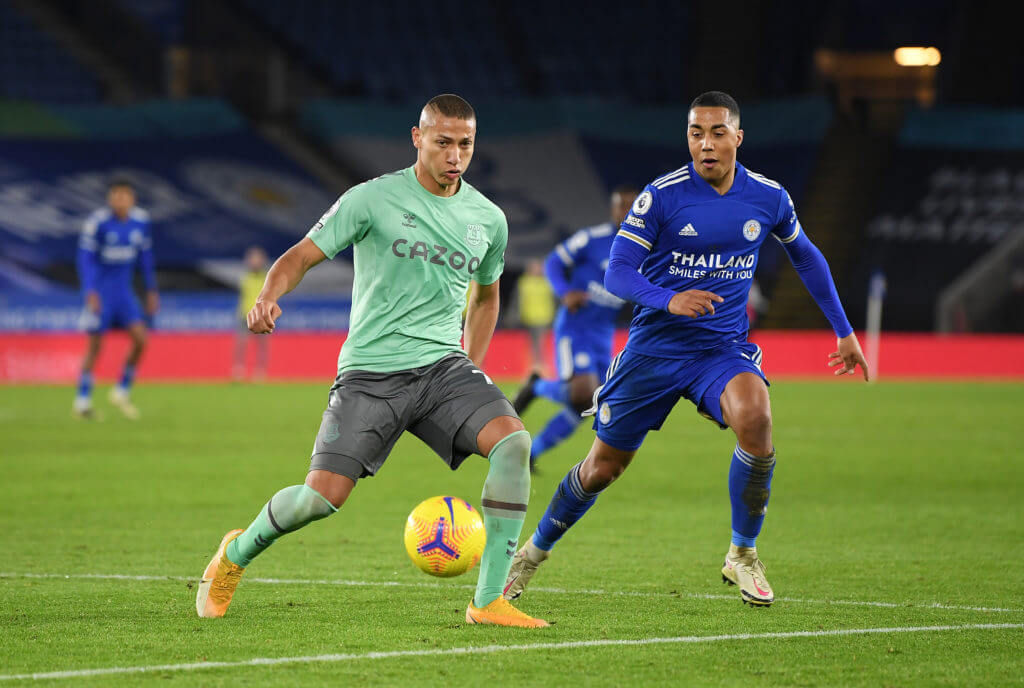 Carlo Ancelotti has suggested Liverpool Echo that Richarlison has not reached the level he used to be in the first half of the season.

In an exclusive interview with the Liverpool Echo, Ancelotti was asked who he thinks will have a major influence in his second year as a manager.

The Italian coach said Richarlison will be his man in the second half of the season. However, he also added that the Brazilian has not reached his normal scoring level so far.

“In this first period of the season, Richarlison did not reach, in scoring goals, the level he is used to.” Ancelotti said.

“I think in the second half of the season, Richarlison will be our man.”

Richarlison is arguably one of the best offensive midfielders in the Premier League, but so far he hasn’t been at his best.

The 23-year-old has recorded two goals and three assists in 10 Premier League games, and Ancelotti expects more from him.

The former Watford winger has formed a strong partnership with Dominic Calvert-Lewin and James Rodriguez up front and scored the winning goal against Leicester City last weekend.

The Brazilian suffered a wrist injury that forced him to wear straps in the second half against the Foxes.

However, Ancelotti revealed that it was simply a ‘twist’ and that he will be fit to play against the Gunners.

Everton will face Arsenal in their next Premier League game on Saturday. After that, they have a Carabao Cup quarter-final clash with Manchester United on Wednesday and the Boxing Day trip to Sheffield United.

The 2-0 win over Leicester has pushed Everton to fifth place in the Premier League table, and the Toffees will look to secure three wins in a row when they face the Gunners.