Steve Bruce has questioned the decision to allow Aston Villa to play for a youth team against Liverpool, saying it “devalues” the FA Cup.

Villa’s entire first team is in self-isolation after a coronavirus outbreak. Indeed, the announcement of a series of positive tests It only came on Thursday, when the club closed its training ground.

As such, Friday’s clash with the Reds was in doubt, but the U-23 boss Mark Delaney will take over a youth team.

Meanwhile, Newcastle boss Bruce is still struggling with the aftermath of his own team’s recent outbreak. However, he feels that choosing to play for a weakened team is not the solution to a lack of roster numbers.

Manager He said: “I think it devalues ​​the FA Cup.

“We understand the restrictions, the season has been crushed and there is no room for anything else. (But) playing in weakened teams and your youth team is not the way to avoid it, personally. “

Newcastle they are still feeling the aftermath of their own coronavirus outbreak. Captain Jamaal Lascelles was only given the green light to resume training this week after shaking off the virus.

Alain Saint-Maximin, meanwhile, has returned to Tyneside, but is still waiting for the go-ahead.

Bruce admitted he felt conflicted about continuing the season, adding: “We’ve had two players who were very, very ill and one or two staff members who were almost hospitalized.

“It has not been easy, but yes, we will continue forward, financially it is good, but perhaps morally it is bad.

“We are all suffering and we are the lucky ones who provide entertainment that people are tuning in to see, but there will come a time when we will have to make a decision, we hope in the next two or three weeks, (because) we do not want to see these outbreaks. “. 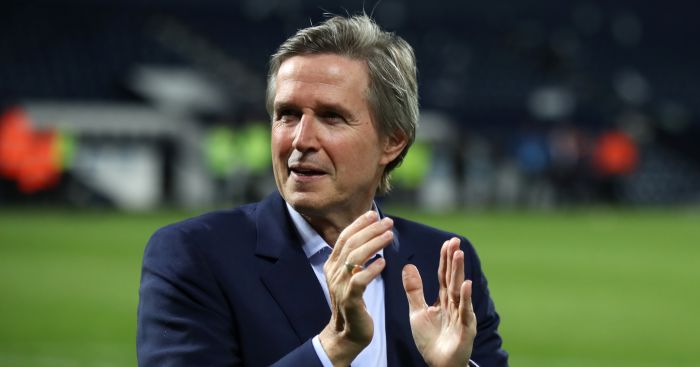 Meanwhile, Villa CEO Christian Purslow has backed the club’s youth to seize the opportunity on Friday.

Delaney will play a mix of U-23 and U-18 players in the Villa Park tie.

Purslow also said he was “jealous” about the players’ opportunity to face the Premier League champions.