Steve Bruce complained about the speed with which Newcastle United provide penalties, and thought they deserved more than a draw against Southampton.

Newcastle went ahead twice against their visitors on Saturday afternoon and looked to have won it when Allan Saint-Maximin scored in the 90th minute. But they conceded a penalty in the sixth minute of stoppage time to give Southampton a point.

Jamaal Lascelles fouled Adam Armstrong, which led to a penalty kick which James Ward-Prowse converted. It gives Bruce something to reflect on in the international break after he was denied a first win of the season.

He told Today’s match: “Looking back, I think it’s the right decision, but it was a charade for VAR to give it. In my opinion, this needs to be addressed.

“It simply came to our notice then. We did not play near well enough in the first half. Second half we showed much better to get on the ball to have the courage to go forward and play forward. It was much better second half.

“In my opinion, we have taken the lead twice and deserved to continue and win it. We have now given away three penalties and it has cost us badly.

“You are always most vulnerable when you score. We have scored with two or three minutes to play and have not seen it through. It’s disappointing – of course it is – but the decision has gone against us. We just have to take it and stop making those decisions that give penalties away.

“It’s hard to take, a punishment determined by VAR, and we are all bitterly disappointed.”

Hasenhuttl happy for a point 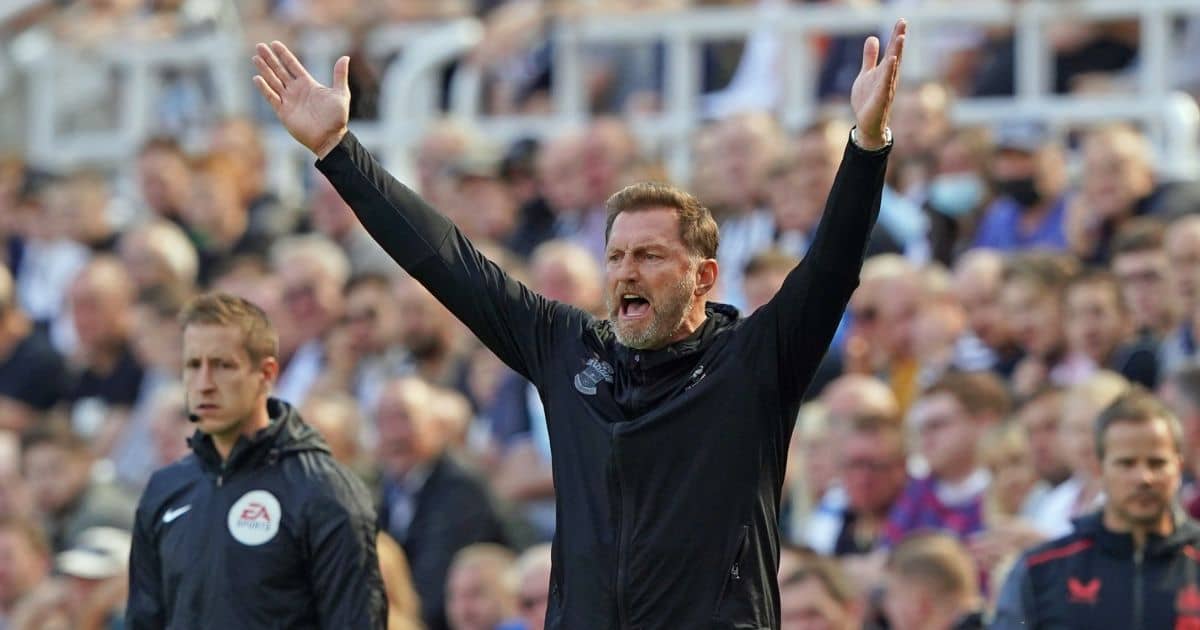 Southampton also remain unbeaten from their first three league games, but their mood will have been much more positive after fighting from behind twice.

Their coach Ralph Hasenhuttl was pleased with the mentality they showed for never giving in and did not mind not getting three points.

He said, “You must be happy [with a point] after such a game.

“We had many chances to take the lead. In the second half we close the first goal, so we changed the form a bit. Eventually you close a goal in and you think ‘uff, incredible’. Only the mentality and faith meant we were drawing the game.

“We stopped trying to score, and I think we have shown that we have quality to score. It was really good that the referee saw WAS [for the penalty] and ultimately an absolutely deserved point for us.

“You know our history here for the last three years, so you think it is not possible for us to take anything here. But we can not play much better than the first half today, and usually you have to get something. Finally, we must take the point and move on.

“A draw is better than losing here. It is good that we have a break of two weeks and do not lose here. ”