In the press conference leading up to Arsenal’s Premier League game against Everton, Mikel Arteta praised the character of David Luiz.

Arteta was questioned by journalist Nick about the ‘importance’ of ‘leadership’ and the ‘character’ of the 33-year-old at a time like this for the team.

Luiz is in line to return to the starting lineup as Gabriel Magalhaes was sent off in the draw against Southampton, seeing a second yellow card for a reckless challenge on former Gunners star Theo Walcott.

Arteta stated that the struggling team needs ‘leaders’ like Luiz at a time like this, with the North London team losing six of their last nine Premier League matches.

The Spaniard added that Luiz’s’ experience ‘and what he has achieved’ in football are far above anyone else in the Arsenal dressing room, adding that he is someone who can ‘inspire’ the players around him.

Mikel Arteta talks about the importance of David Luiz’s character and experience before Arsenal vs Everton on Saturday … pic.twitter.com/xPOchJ7ol5

“Yeah, that’s the keyword you just used, because right now you want the players to take charge, to be held accountable when they run to that football field.”

“You need leaders to inspire others, because that gives security to the players around, obviously David’s experience and what he’s accomplished in the game is above everyone else in that locker room for sure.”

“I think your experience can be of great help.” 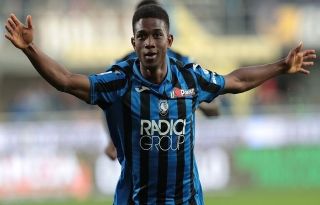 Luiz has started in 10 of his 12 appearances in all competitions so far this season. The Brazilian star lost his spot in losses to Spurs and Burnley following his concussion concerns against Wolves.

Rob Holding has been the man who has teamed up with Gabriel lately, it will be interesting to see how English fares with Luiz.

Luiz would be the most likely candidate to run against the Toffees given the current pecking order, unless Shkodran Mustafi, Pablo Mari or Calum Chambers are summoned.

Mari and Chambers recently returned from injury, the duo playing the full 90 minutes alongside Mustafi in last week’s Europa League tie against Dundalk.