Arsenal boss Mikel Arteta pointed to “strange things” as the reason behind his team’s continued struggles, and doubled down on his insistence that his squad contains “fighters.”

Arsenal withdrew from the EFL Cup in the quarterfinals after suffering a 4-1 loss to Man City.

The Gunners entered the break level, but were unable to contain the visitors after the interval as three unanswered goals were sent.

Two of the goals came in somewhat fortunate circumstances.

Riyad Mahrez’s free-kick came at the expense of a howl from the goalkeeper, while Phil Foden’s shot would have been ruled out for offside had the VAR been in operation.

FULL MATCH REPORT: Foden leads the charge of Man City as hapless Arsenal is brought to the sword

Talking to Sky Sports after the game, Arteta He said: “Against this level of opponent they penalize you and make it very difficult for you.

“We have a great counterattack moment but then they score offside and you end up losing the game again.

“It’s difficult to accept considering how the game was.

“This level of opponent, when you give away the goals, makes the game impossible. 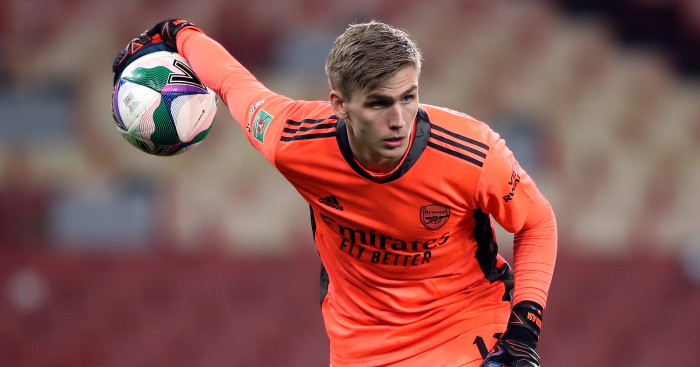 “A lot of strange things happen in every game and that makes things really difficult.

“We have to turn it around, there is no doubt that the games we have are going to decide our season.