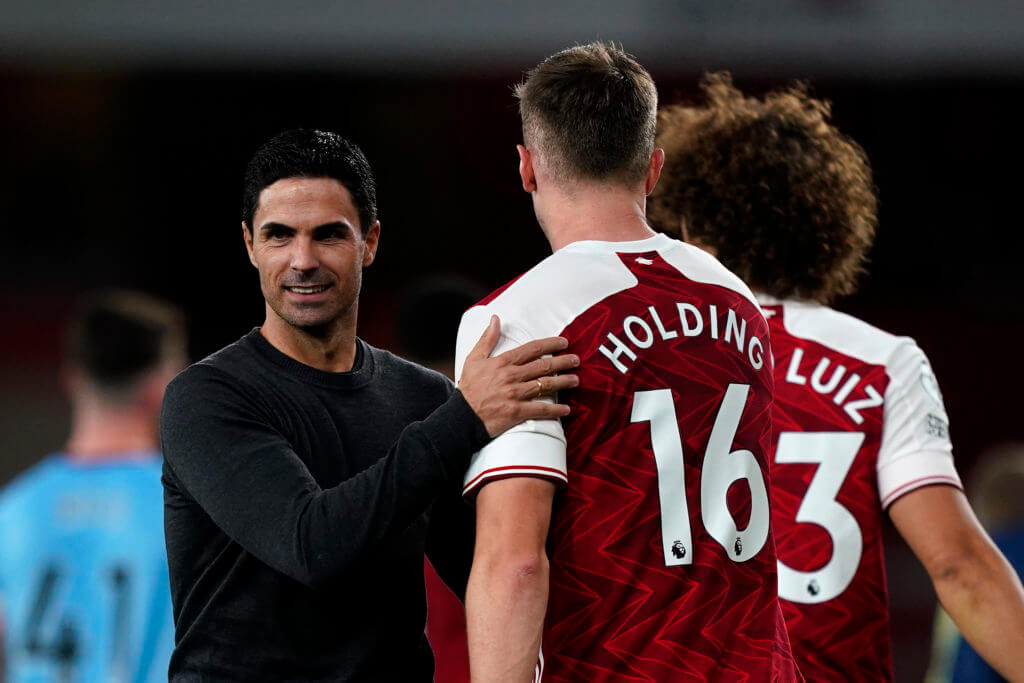 Arsenal host Rapid Wien tomorrow in the second leg of European League Group Clash and the Gunners will be looking to maintain their impressive winning streak in competition and will also put on a performance returning fans will love.

2,000 fans have been able to return to the Emirates Stadium for the first time in nine months as the UK government takes the first step to bring fans back to the stadiums, and all tickets for the match were sold out in 20 minutes on Saturday.

Arsenal are the first English Premier League club to be allowed to have fans back to the stadium, and they will be eager to impress after their sorry domestic form.

Mikel Arteta’s team has won its first four matches in Group B, is currently at the top of the table and has already sealed the standings for the last 32.

A win or draw against Vienna will see them emerge as group leaders with a game to spare, and that could see Arteta give marginal players a chance tomorrow.

Arsenal will be left without David Luiz, who must rest after a head clash with Wolves forward Raúl Jiménez on Sunday left the Mexican in need of surgery on a skull fracture.

Sead Kolasinac is not available as he remains in isolation after testing positive for coronavirus, but both Pablo Mari and Calum Chambers have returned to training and could receive minutes.

Mesut Ozil, Sokratis and William Saliba were not included in Arsenal’s roster for the Europa League group campaign.

You can watch LASK v Spurs and all other Europa League matches via live streaming.